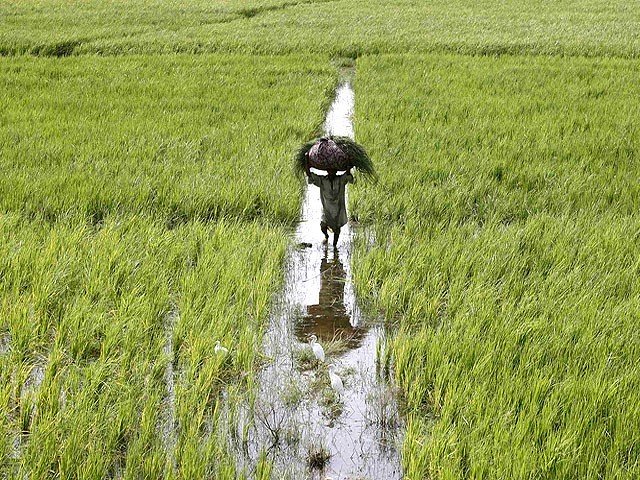 ISLAMABAD: The Ministry of National Food Security and Research, in collaboration with provincial governments, has initiated a comprehensive training program for cotton growers across the country in order to enhance crop output by introducing latest techniques of cultivation and best crop management practices.

In this regard, over 310 leading farmers were provided training on cotton production technology in Punjab, who would further train farmers at a gross root level to enhance cotton production in the country, said Cotton Commissioner in the Ministry of National Food Security and Research Dr Khalid Abdullah.

Talking to APP here on Monday, he said that these master trainers were provided training on the use of latest cotton production technologies, including use of mechanised agriculture, latest cultivation tools and other inputs to achieve higher per-acre output.

Meanwhile, over 147 farmers were also provided training under better cotton initiative projects for enhancing cotton production by adopting European production technologies, he said adding they were trained on proper cotton picking, health and safety, female empowerment and the prevention of child labour,

Cotton is Pakistan’s largest industrial sector which has played an important role in the economic development of the country and remains a key livelihood source for more than one million farmers, he said adding that the government attached grater importance fro the development of crop and introduced different incentives to encourage the farmers to bring maximum areas under its cultivation.

In this regard, he said that the government had announced a minimum support price for the current season and fixed it at Rs5,700 per 40 kg as as compared to Rs 5,000 per 40 kg during last season to protect the interest of local cotton growers.

Khalid Abdullah said that stability in the local cotton market was observed during last season, which was attributed to the vigilance of the Cotton Crop Intervention Committee. The committee was constituted to ensure proper monitoring measures to maintain stability in local cotton markets, besides ensuring a better return to farmers for their produce as well as protecting them from exploitation.