CEOs of health dept directed to improve their performance 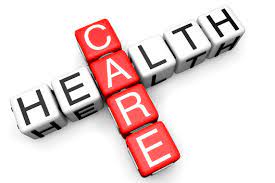 LAHORE:All chief executive officers (CEOs) of the Health department have been directed to improve their overall performance. Secretary Primary & Secondary Healthcare Department Imran Sikander Baloch said this while chairing a meeting at a local hotel here on Friday where he reviewed performance of CEOs of all districts.

It was told the meeting that all programmes including TB and hepatitis were going well. Drugs, medical equipment and all other facilities are available at all centers of the province. Immunization facility is available at all Basic Health Units (BHUs) and Rural Health Centres (RHCs) .

Talking about performance of CEOs in their districts, the secretary said that successful vaccination drive, and implementation of effective preventions helped to control COVID-19 situation.

He said that more than 83 per cent of population of province was fully vaccinated and till March 30, most of the districts had achieved their vaccination targets. The credit of this success goes to the efforts of CEOs as well, he added. He said that to decrease the burden of diseases was the top priority of the department. He informed that ad-hoc hiring was being made to fill the vacancies at health centers. He said the Sehat Sahulat programme was a great initiative to provide equal health facilities to all people.

While talking about the efforts of CEOs and other staff in vaccination and other campaigns, Special Secretary Saleha Saeed appreciated the performance of CEOs as well as all the staff that took part to make RED vaccination successful.

She said that there was a chance of uprising of dengue due to change in weather, however, the situation was being monitored. “We are trying to improve online surveillance,” she said. She urged the officers to keep their morale high.

Detailed review of vertical programmes, COVID-19 and dengue was also presented in the meeting.

Additional Secretaries, DG Health Services Dr. Haroon Jahangir and all CEOs were present in the meeting.