UN aid chief says ‘let us do our job’ in Ukraine: AFP interview 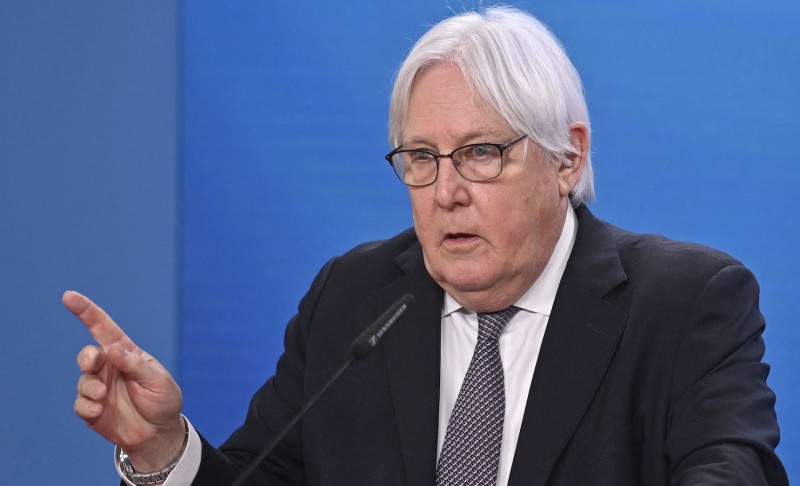 Geneva: The United Nations’ aid chief pleaded Thursday for the protection of civilians in Ukraine and for unhindered humanitarian access amid the spiralling violence, in an interview with AFP. UN emergency relief coordinator Martin Griffiths said he had the resources ready to go following a flash appeal for funds, but that the warring forces needed to allow the delivery of urgent aid.

“Protect civilians, for God’s sake, in Ukraine; let us do our job”, Griffiths said. He launched an appeal on Tuesday for $1.7 billion — of which, he said, a “remarkable” $1.5 billion had already been received. “We have the resources to do the job. Now we need the parties to allow us in to do that, and to adhere to their responsibilities under international humanitarian law,” the British diplomat told AFP. The UN’s under-secretary-general for humanitarian affairs voiced concern that the fighting was intensifying, with Russian forces closing in on Ukraine’s major cities.

Griffiths echoed the call of UN chief Antonio Guterres for an immediate cessation of hostilities. While his teams have remained in Ukraine, they have been repositioned, and though they are used to operating amidst wars and violence, “we need protection for the safe passage of our workers”.

Griffiths said his teams had been talking to Ukraine and Russia since the start of the conflict, in order to ensure that humanitarian aid movements can take place in safety. “Both sides have talked about those guarantees, and that’s very welcome,” he said.

“But assurance is one thing. What we need is a system.”It’s a very simple operation: that we need to tell both parties where a convoy needs to move, on what route, at what time, with what supplies, with how many people, to go from A to B to deliver assistance,” he said.