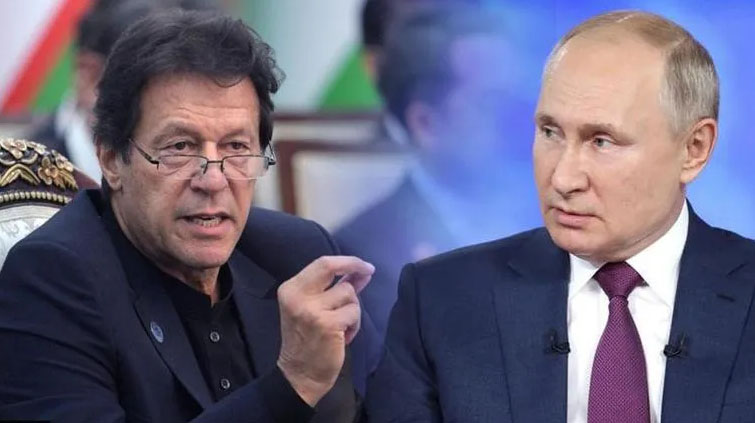 Prof. Cheng, also a former Chinese military diplomat in Pakistan, said in statement that this historic and important visit, which was fixed in advance, has many important highlights. First, when the Ukraine crisis erupted, Pakistan observed calmly, ruled out external interference, and the visit was carried out as planned, which reflects the maturity and independence of Pakistan’s diplomacy and has aroused great concern of the international community. The second bright spot of the visit, he noted, is that when Russia was extremely busy with the military moves, President Putin still took as long as three and a half hours to talk with PM Imran Khan, and the foreign ministers of the two countries held separate talks, which shows that Russia and other major powers in the world all attach great importance to Pakistan.

They not only attach importance to developing bilateral relations with Pakistan, but also attach importance to Pakistan’s stance and role on regional as well as international issues, he added. The third bright spot of the visit, in Prof Cheng point of view, is that Pakistan has explicitly ruled out any possibility of participating in any camp politics and urged the international community to make joint efforts for resolving the Russia-Ukraine conflict through diplomatic means. Pakistan’s stance is consistent with that of the United Nations and the vast majority of justice upholding countries in the world. Prof. Cheng noted that over the past few decades, Pakistan has learned many lessons in choosing sides. For example, Pakistan was forced to support the US war in Afghanistan.

As a result, Pakistan suffered economic losses of up to $250 billion, thousands of Pakistanis sacrificed their lives, terrorism spread seriously in the whole region. He observed that since PM Imran Khan took office, Pakistan has dared to say no in front of regional and world powers, pursued the independent foreign policy of peace, unswervingly focused on economic development and improvement of people’s livelihood, and committed to maintaining world peace and regional stability. Firmly implementing its geo-economic strategy, Pakistan now has friends all over the world for economic and trade cooperation and regional connectivity, he added.