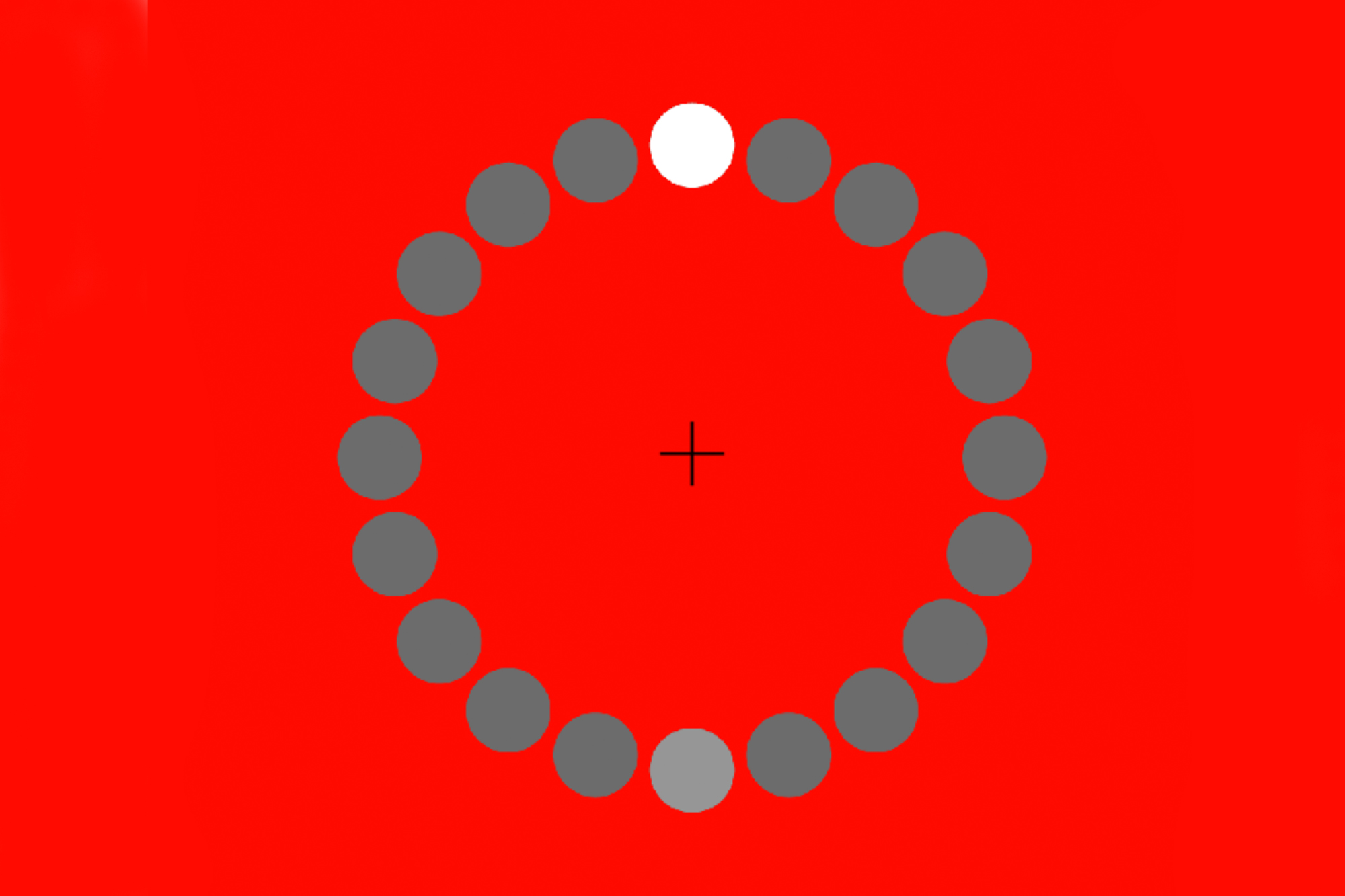 The optical illusion is named Troxler’s fading and one has to follow the dot around for 30 seconds to one minute, soon noticing that the other spots will eventually turn green.

But if you stare at the cross in the middle of the optical illusion for the exact same time, the spots around the circle will disappear.

The illusion, which has been put together by Lenstore, is named after Paul Troxler, a Swiss physician and philosopher, who discovered that the brain will ignore visual scenes that do not change.

In 1804, Troxler made the discovery that focusing your vision on one element can make other elements fade or disappear.

The optical illusion has left netizens shocked about their own vision.

Recently, the image of an optical illusion showing either an old woman or a young woman staring back into the distance- which thing you see depends on your age- has gone viral on social media.

The image is part of a 2018 study published by two psychology professors at Flinders University, Australia, which found that older people notice the old woman first, while younger people see the young girl figure.

The research involved 393 participants from the ages of 18 to 68. The participants were shown the ‘My Wife or My Mother-in-Law’ image for half a second and then were asked to tell the gender and age of the figure they spotted in the picture first.