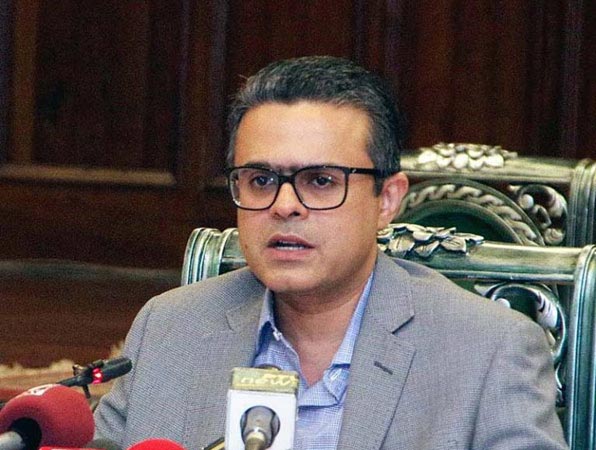 Special Assistant to Prime Minister (SAPM) on Overseas Pakistanis and Human Development Syed Tariq Mahmood-ul-Hassan Friday said the Pakistan Tehreek-e-Insaf (PTI) government was solving overseas Pakistanis’ problems on priority basis and exemplary measures were being taken in that regard.

He said overseas Pakistanis were great asset as their contribution towards country’s economy and its progress was praiseworthy.

He was addressing a gathering of district chairmen of the Overseas Pakistanis Commission (OPC) and other officers, here on Friday. He said that more than 1200 cases had been solved in just 90 days which was a record and said that Chief Minister Usman Buzdar had asked for maintaining the pace in future as well.

The SAPM expressed his commitment to resolve more than 2,000 cases in next three months.

He said that a one-window operation was being launched in Islamabad so that overseas Pakistanis could get their problems solved under one roof rather than visiting more offices.

Special Assistant to Chief Minister Hasaan Khawar said that Syed Tariq Mahmood-ul-Hassan had been elevated from OPC Punjab to SAPM due to his extraordinary performance in the province as the PTI government was strictly observing performance and merit.

Meanwhile, Special Assistant to Chief Minister Punjab Hasaan Khawar has said that new entrants to the field of journalism must keep a strict check on fake news in this fast growing digital age. He added that journalism is the fourth pillar of the state. It also holds people and governments accountable and sets the direction for society. SACM stated that promotion of higher education on priority is the vision of Chief Minister Punjab. In this regard, a target of establishing 21 new universities has been set, out of which 6 universities have already been established including first women’s university in DG Khan.

Responding to questions from media representatives on the occasion, he said that attempts from conspiratorial elements to derail the country will go in vain and Usman Buzdar will continue his mission of public service. Hasaan Khawar said that nothing worthwhile has happened on political landscape for opposition since the inception of PDM. He stressed the need for media workers to focus on serious issues and promote positive reporting. He was addressing the concluding session of the seminar of Association of Media and Communication Academic Professionals at Punjab University.