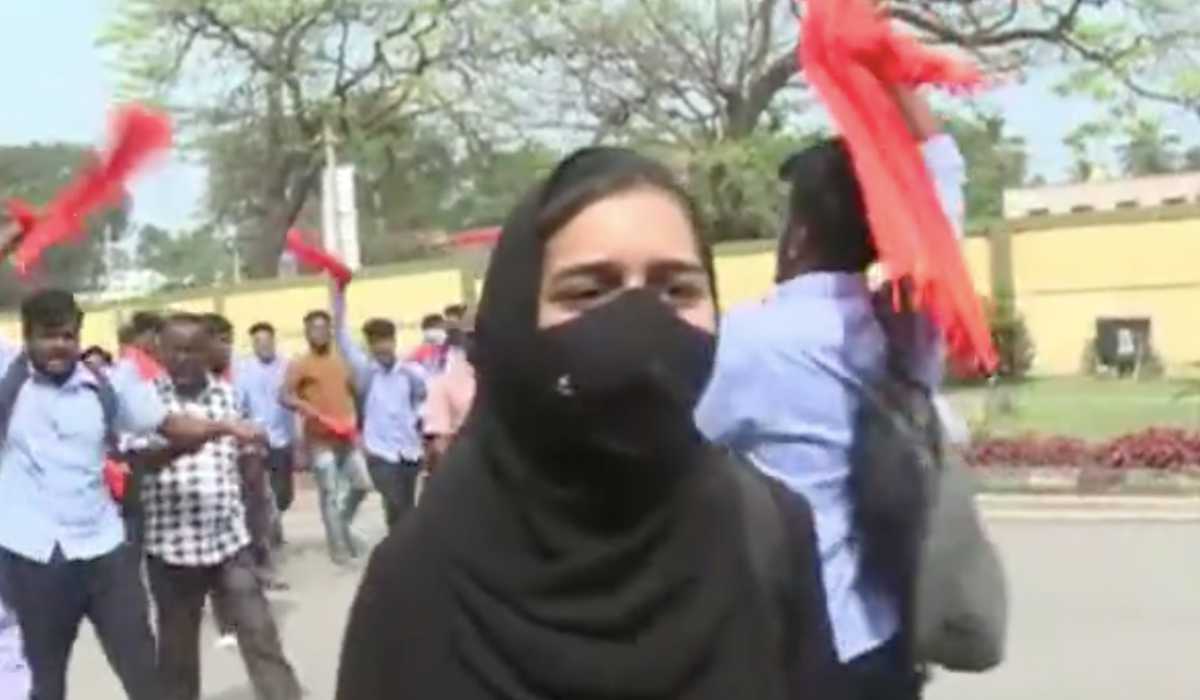 ISLAMABAD: Chairman of Tehreek Jawanan Pakistan (TJP) on Friday condemned the harassment of a female Muslim student in a college in the Indian state of Karnataka by Rashtriya Swaemsavek Sangh (RSS) terrorists.

In a statement, the TJP chairman said that the Muskan incident highlighted the importance of two nation theory while the true face of intolerant fascist India was exposed once again.

He paid tribute and salutation to Muskan who kept raising the word of truth in front of a large group of RSS goons wearing saffron colour mufflers indicating Hindutva ideology. “This is a dangerous act for the state of India.

If such an incident had taken place in Pakistan, the world would have been in turmoil, but the silence of the whole world on this is a criminal act,” he maintained.

At present, he said, India was left with only saffron colour wearing goons under the patronage of Modi government. He warned that if the Indian government did not take legal action against the RSS goons, then no one could stop the massacre of minorities in India, which would be the sole responsibility of the Modi government and the silent UN.