Economy to grow by 5% this year, 6% next year: Shaukat Tarin 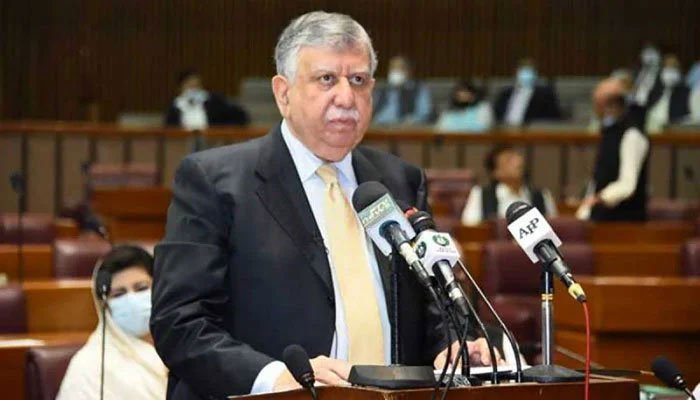 Federal Minister for Finance and Revenue Shaukat Tarin said here on Thursday that despite commodity price shocks in the international market, the economy of the country would grow by 4.5 to 5 percent during the current fiscal year and by 6 percent next year.

“I am still hoping that it (growth rate) could be 5 percent. It could be between 4.5 to 5 percent,” the Finance Minister said in an interview with Bloomberg, adding that next year (2022-23) it would go up to 6 percent of GDP.

The minister said Pakistan was on track except it had to face certain difficulties through international commodity prices.

The minister said that in the beginning, the growth was overshooting as exports were high; remittances had also increased, tax collection had gone up by 32 to 35 percent, utilization of electricity had gone up by 13 percent whereas the corporate profits were at a historic high.

“We will be doing more than 5 percent given the fact that last year’s growth comes now with the rebasing of the economy at around 5.57 percent,” he said.

The minister said that since he took over last April, the country obviously had done a lot of consolidation through the International Monetary Fund (IMF) programme.

He said, the country also had to face Covid-19 and then the government focused on inclusive and sustainable growth. “We did whatever we had to in terms of giving incentives to our industry. Also putting a lot of money in agriculture and housing,” he added.

On International Monetary Fund (IMF) programme, Tarin said the current programme should be enough and if Pakistan started generating 5-6% balanced growth, there would be no need for another IMF programme.