After his separation from Gigi Hadid, Zayn Malik joins a dating app ‘to find love’ 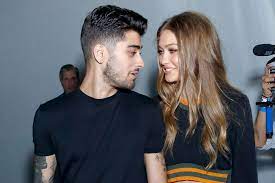 After the heartbreaking Gigi Hadid separation, Zayn Malik is re-entering the dating scene.

The 28-year-old musician is said to have signed up for WooPlus, a dating app that touts itself as a platform for ‘curvy people’ looking for love.

This follows Zayn’s admission in a Billboard interview in 2016 that he prefers larger ladies.

“I like girls that are a bit chunky in certain areas — the nice areas. I like a fuller woman,” he told the outlet.

In his leaked profile photo, Zayn who goes by ‘Zed’ on the app, is spotted in a bushy beard in his picture. The singer also had smiley faces on the photo.

Zayn split with Gigi three months ago after an altercation scandal with her mother Yolanda Hadid. The singer shares their one-year-old daughter Khai with his former girlfriend.