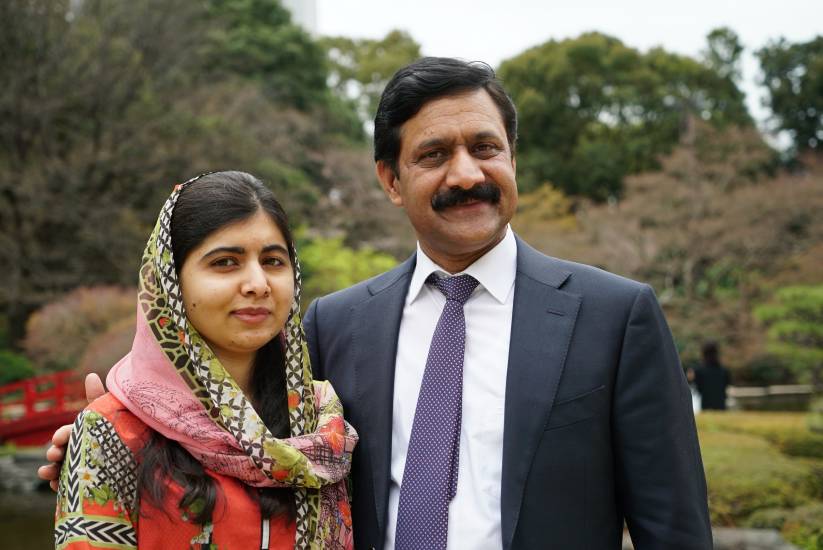 Ziauddin Yousafzai, the father of Nobel Peace winner Malala Yousafzai, who played a significant role in his daughter’s endeavors against the narrowness and rise to worldwide fame, has talked about his experience and his own life transformation in a new interview in a fresh podcast series “Zooming with Bob”.

The human rights activist and education activist, celebrated along with her famed daughter for commitment to women’s empowerment, talks about how the Taliban strategically took over his hometown of Swat in Pakistan more than a decade ago.

The highly anticipated interview was conducted via zoom with Pakistani-American filmmaker, Bob Ahmed. The interview airs in two parts on January 1, and January 2, 2022, on Washington DC Films YouTube Channel, followed by screenings on broadcast networks across America and Canada.

Following is the link to an interview of Ziauddin Yousafzai in “Zooming with Bob” podcast series:

Malala’s hometown Swat, a picturesque valley had been a “cradle of civilizations” but the Taliban militancy turned the Yousafzais’ heaven into hell. In the interview, Ziauddin Yousafzai recounts the heart-wrenching attack on his 15-year-old daughter, Malala, and how she stood up to the rage of the Taliban. About his youth, he says “I was extremely romantic”. He further talked about his own marriage and about romance in a traditional society in Pakistan which is expressed through “glances” and “respect”.

What is surprising though is an in-depth exploration of how Yousafzai faced bullying in his childhood for stuttering, which “was very painful” according to him. Yousafzai’s instance is an epitome of how he turned this “weakness into a power”. The viewers can connect with Ziauddin Yousafzai on a personal level at this point in the interview, realizing that the same voice of a little boy that was once made fun of is now celebrated by the world as a force for human rights.