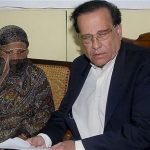 January 4, 2011, marks a bloodstained historical event in Pakistan, a country that keeps on facing terror redux for the intellectual and progressive community residing in it. Salman Taseer’s cold-blooded murder in the Kohsar Market was not just a murder of a person, but a bloodshed moment for the progressive ideals in Pakistan. Salman Taseer […] 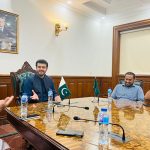 Provincial minister for Communications and Work Chaudhary Ali Afzal Saahi met media representatives on Thursday at Punjab Assembly and briefed about steps being taken for repairing of roads affected by floods on priority basis, asserting that floods have drastically affected the regions of South Punjab. He also ensured that the Punjab Government is about to […] 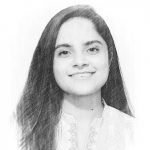 “Had better relations with Trump than with Biden,” said Imran Khan in an interview with CNN. What do both Donald Trump and Imran Khan have in common? Since the EU referendum and Donald Trump’s election to the US presidency in 2016, scholars and commentators have spoken of the emergence of a ‘post-truth era’ or post-truth […] 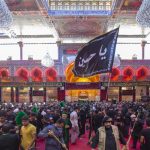 Click this youtube link to watch live transmission from Karbala in the wake of Muharram. Watch live broadcast from Karbala The text of Ziyarah Salam [peace] of Allah and Salam [peace] of His High-Ranked Angels, His prophets who were sent as Messengers, His Righteous Slaves, all of the Martyrs and the Truthful Ones, and all […] 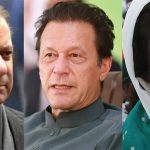 Which direction, we as a Pakistani nation, are heading into? In a recent incident, Ahsan Iqbal, MNA representing PML-N, was disgraced by a mob of people publicly in a McDonald’s outlet on the motorway. People called him names and disgraced him and his party for looting the country. On the other hand, ex-prime minister Imran […]

According to the National Human Development report published by the United Nations Development Programme (UNDP), Pakistan currently has the largest percentage of young people ever recorded in history. 64 per cent of the total population of Pakistan is below the age of 30 while 29 per cent is between the ages of 15 and 29 […]

“We cannot stop natural disasters but we can arm ourselves with knowledge: so many lives would not have to be lost if there was enough disaster preparedness”. Pakistan is one of the most disaster-prone countries in the world. Monsoon rains over the past month have killed at least 150 people as rains continue to lash […]

Arthur Koestler observed, “the most persistent sound that reverberates through men’s history is the beating of war drums.” In the 21st century, the world has further turned to unconventional warfare methods as a result of a multi-domain war fighting approach from traditional methods of direct and open conflicts. To what extent such cyber threats are […]

Recently, Bakhtawar Bhutto Zardari, sister of newly appointed foreign minister Bilawal Bhutto Zardari, congratulated her brother on becoming the youngest foreign minister of Pakistan in a tweet. Many people reacted to her tweet by saying that Bilawal Bhutto is a product of the Bhutto dynasty that has looted and plundered the country for the last […]