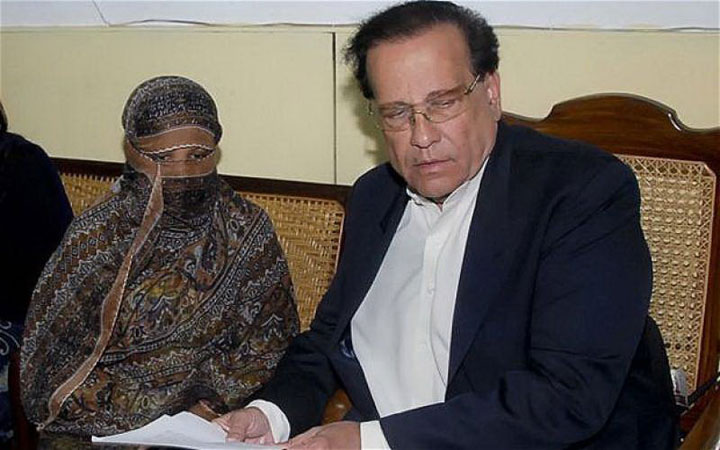 January 4, 2011, marks a bloodstained historical event in Pakistan, a country that keeps on facing terror redux for the intellectual and progressive community residing in it. Salman Taseer’s cold-blooded murder in the Kohsar Market was not just a murder of a person, but a bloodshed moment for the progressive ideals in Pakistan.

Salman Taseer was a rare vocal humanist who voiced against extremism, was a firm supporter of liberalism, and was always a leading voice in progressive movements for the feminist cause, rights of transgenders, and minority rights. The story behind Salmaan Taseer’s assassination by the extremist Mumtaz Qadri was of a Christian woman, Asia Bibi. Something as humanistic as Christian and Muslim women sharing potable water turned into a national display of hatred, extremism, intolerance, and fanaticism in Pakistan. In June 2008, Asiya Bibi (a Christian woman) offered water to her fellow workers on the farm. Some Muslim women refused to take water from her because she was a Christian; in turn, she allegedly said something derogatory about the prophet Mohammed (PBUH). Muslim women took the matter to the cleric and got her charged with blasphemy (a criminal act punishable by death in Pakistan) by taking local police on board.

Asiya Bibi’s case gained popularity because of courageous, brave, and pluralist politician Salman Taseer. He gave interviews to media channels and journalists and asked for a presidential pardon for Bibi while appearing on TV channels with her so that she can get a chance to plead her case publicly.

Here comes the role of slanderers, who guise themselves under the veil of ‘peaceful clerics’, started a malicious campaign against Salman Taseer and calling him a traitor, and refused to see Taseer as the governor of Punjab, an avowed politician who took the oath to protect his people coming to the aid of a woman from a religious minority community. In the Friday mosque sermons and protests for the religious cause, Asiya Bibi’s case became a national symbol of defiance and asserting Muslim supremacy over ‘the other’, the untouchables. Every religion, and every person (in their own unique way) practices “us versus them!” “Us” implies the superior self and “them,” the lower beings! Anyhow, in the false narrative built by Pakistani clerics, “Christianity represented the West,” and Taseer was part of the English-speaking elite who were conspiring together with the enemy. Taseer’s public support for a woman who insulted the prophet Mohammad (PBUH) was sufficient proof, in their minds, of this global conspiracy giving rise to Islamophobia. Cutting the story short, a religious fanatic, Mumtaz Qadri, who was meant to protect Salman Taseer as his guard, assassinated him in broad daylight believing the narrative built by clerics against him when Salman Taseer was only protecting human rights and intended nothing else.

The killing of Taseer, thereby, turning off the light at the end of the tunnel, also left his family in lurches. His family bore the biggest brunt when his son Shahbaz Taseer was held in torturous captivity in Afghanistan for 5 years, the rest of the family faced the financial crunch, while having the responsibility to keep fighting for justice. The bravery of Salman Taseer reflects in both his sons, Shehryar Taseer and Shahbaz Taseer. I remember listening to one of the interviews of Shehryar Taseer talking about how the US had offered his family to leave the country under high-profile protection, but he refused to accept the offer and decided to persevere in the face of fear. His exact words were “Why should I or my family leave our country? Mera jeena marna Pakistan main hoga.”

He single-handedly, at the age of 24, pleaded the case of his father along with taking care of his family, and it took him years to get Mumtaz Qadri hanged.

Anyway, Pakistan continues to be in a deep identity crisis as a country. The double-meaning statements by Mohammed Ali Jinnah, in favour of a pluralist Pakistan, are cited by both sides of the debate on secularism versus religion. Pakistan needs to follow the examples of countries such as Bangladesh, where Muslims vouch for maintaining a secular, religiously neutral political space, whereas, in Pakistan, any mention of secularism is seen as a loss of control by supremacist religious tendencies among Muslims. There is a deep chasm between some religious scholars and peaceful liberal progressive ideals chanting tolerance while the former taking the lead. Let’s see who wins in the wake of increased extremism in Pakistan by banned outfits!