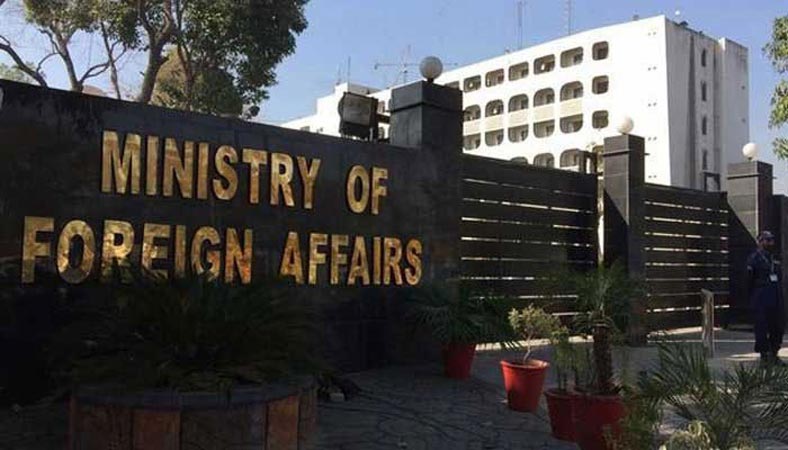 The Foreign Office Spokesperson in a statement said, “Indian occupation forces martyred the youth during staged cordon and search operations.

Indian occupation forces have martyred at least 210 Kashmiris in fake encounters or so called ‘cordon and search operations’ in 2021.”

The military crackdown and intensified extra-judicial killings in fake stage managed operations in IIOJK reflect the extremist anti-Muslim designs of the “Hindutva” inspired extremist BJP-RSS combine in India, he added.

He said burial of the last remains of martyrs at unknown locations without the consent and presence of their families in many instances, was yet another abhorrent manifestation of India’s use of state-terrorism as a policy tool to suppress the just Kashmiri struggle for their inalienable right to self-determination. He said Pakistan called on the international community to take immediate notice of India’s relentless oppression in IIOJK.

“India’s ongoing, systematic and widespread human rights violations in IIOJK warrant investigation by UN Commission of Inquiry (COI), as recommended by the Office of the United Nations High Commissioner for Human Rights (OHCHR) in its Kashmir Reports of 2018 and 2019.”

“Pakistan also urges the international community to play its role for a just and peaceful resolution of the Jammu and Kashmir dispute in accordance with the relevant UNSC resolutions and wishes of the Kashmiri people for durable peace and stability in the region,” he added.