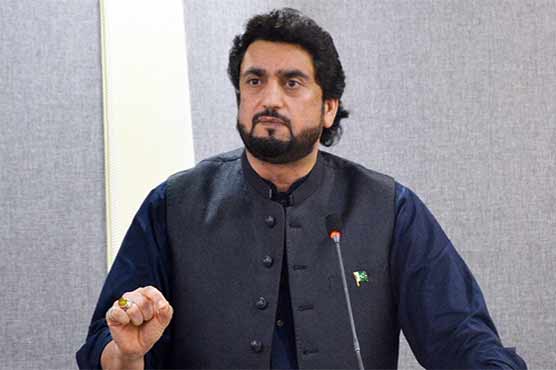 ISLAMABAD: Chairman Parliamentary Committee on Kashmir Shehryar Khan Afridi on Thursday urged the world community to take notice of the travesty of justice being committed by occupational forces in the Indian Illegally Occupied Jammu and Kashmir (IIOJK) against the political prisoners of Jammu and Kashmir.

He said academia could play a pivotal role for spreading awareness on the miserable conditions of the Kashmiri prisoners were kept in jails in mainland India. He said Indian occupational forces were committing war crimes against the people of Indian Illegally Occupied Jammu and Kashmir but the world was keeping mum over Indian crimes against humanity. He said that academia could add value to the national narrative on Kashmir dispute and it also needed to spread awareness among the youth on half widows, half orphans, demographic terrorism, and other issues being faced by the Kashmiri people.

He said India was distorting history by producing movies and erasing history of Kashmiri freedom struggle under its nefarious design to mislead the world and the younger generations. He said the Parliamentary Committee on Kashmir was working to preserve, promote and protect the Kashmiri culture.

He said successful holding of Kashmir Premier League (KPL) had proved the world that in Indian Illegally Occupied Jammu and Kashmir, tyranny and oppression was order of the day while Azad Kashmir was a developing and thriving part of Kashmir. He urged the youth to become bloggers and storytellers of Kashmir on social media which help break shackles of Indian atrocities on social media.

He said the Pakistani youth could do wonders by educating the world through social media and also contribute to help build Pakistan’s case to shape world opinion on Kashmir through social media. He said India was bringing demographic change in Indian Illegally Occupied Jammu and Kashmir which was a war crime and India was blatantly committing it with impunity.

Khurram Dastagir said a Non-Government Organization of Kashmir had recently published tales of Kashmiri prisoners which was even unimaginable. He said it was unprecedented in history to know that the Kashmiri prisoners faced worst torture but did not give their love for freedom. He said Pakistan needed to present Dr. Qasim Faktoo as a fit case to shake the world conscience.

Prof Khuram Elahi shared few verses from poetry of Allama Iqbal on Kashmir and his vision about the Muslims of the subcontinent. Dr. Nadeemul Haq, Vice Chancellor of PIDE, presented vote of thanks. He said the youth was disillusioned and distracted and economic revival could pave the way for revival of the national pride.