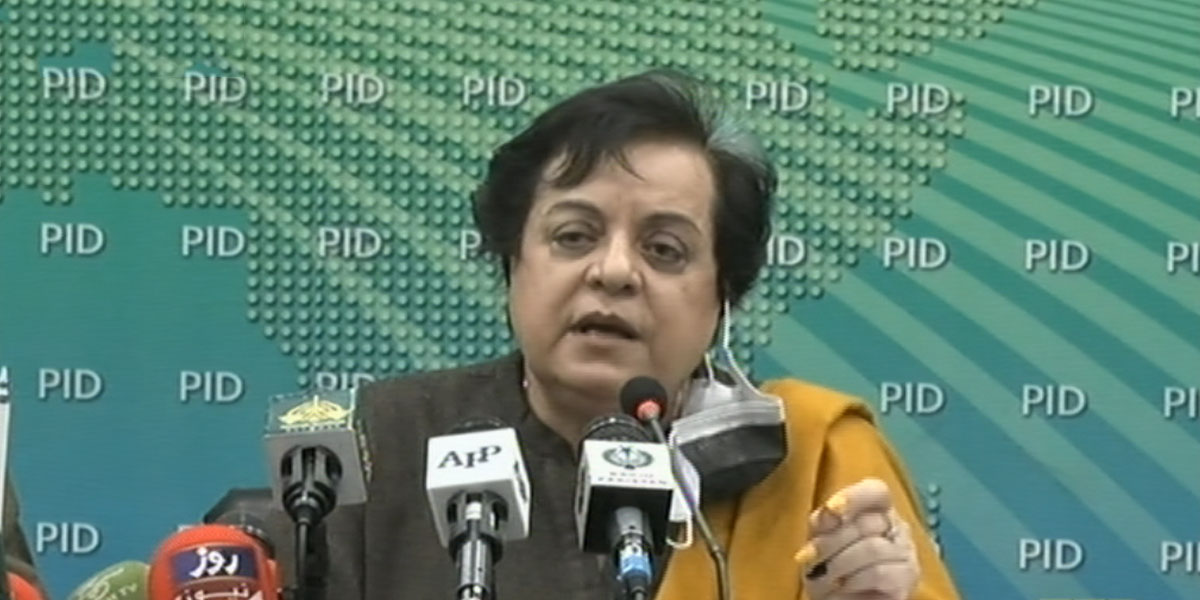 ISLAMABAD: Minister for Human Rights Dr. Shireen M Mazari on Tuesday said inputs of relevant bodies and stakeholders have been sought and added in Protection of Journalists and Media professionals Act, 2021 which has been passed to safeguard their rights including security, privacy, and life protection.

The Minister, who was honored a shield for her strenuous efforts in passage of Act by journalists community at National Press Club (NPC), was talking to media persons here. She said long-awaited legislation has come into force and hailed Prime Minister Imran Khan, Minister for Information and Broadcasting, Chaudhary Fawad Hussain for their tireless efforts and vital role in passage of the Protection of Journalists and Media Professionals Act. She thanked Chaudhry Fawad Hussain for floating idea of journalist’s protection.

Mazari said the Ministry of Human Rights had conducted various meetings and circulated copies of the Act to different journalists and other stakeholders for their inputs to finalize the draft. She said the salient features of the Act showed that these were more progressive than such laws in developed world.

Shireen Mazari said that the “Definition“ of Journalist is made of from International Journalists Federation ( IFJ) and the term for journalists for accreditation card was necessary was removed in this Act. She said that a group of Photo Journalists and Media professionals met her and assured there were two ways to remove lacuna’s in the definition of Journalists Act, the first is to amend the Act which is a long procedure and the second way is that the Ministry should discuss legally to amend the rules and include Video Journalists and Video Photographers and others in journalists category.

She said the input of International journalists Federation (IFJ ) different senior journalists of Press Club, reporter without border and Pakistan Federal Union of journalist were sought in preparing the draft of this Act and added that in this Act the definition of Journalists was flexible.

She said that the Commission under the Act, would be independent and consists of members belonging to different journalists’ organizations and also representation of the three Ministries including Information and Broadcasting, Law and Justice, and Human Rights. She added that women have also been given representation in the independent Commission and added it would address complaints of journalists’ community.