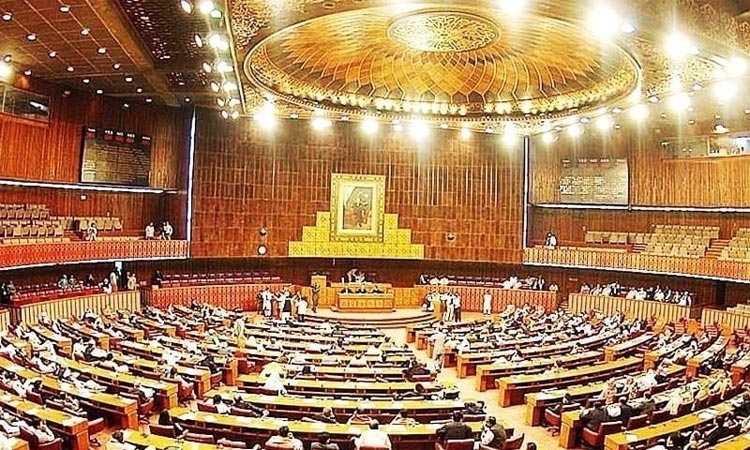 The PPP and PML-N both never get tired of blowing the trumpet of promoting democratic norms and parliamentary practices; however, their action and conduct in the joint sitting of the parliament on Wednesday did not match their words.

Whatever the joint opposition did in the joint sitting showed that it never expected the government would be able to get the Electoral Reforms Bill passed that not only included giving overseas Pakistanis the right to vote, but also the much-trumpeted use of Electronic Voting Machines (EVMs) in the next elections. It came as a blow for the opposition, as the homework it did on the government’s allied parties also turned out futile.

Tearing copies of the agenda and throwing them at the speaker has unfortunately become quite a norm and a common scene in our parliament. The opposition parties, this time around, went a step further, in contravention of the parliamentary norms, to obstruct counting on a motion seeking tabling of the Elections (Second Amendment) Bill, 2021.

Prior to the sitting, the top leadership of the opposition parties was making big claims of blocking the government’s electoral reforms bill but they appeared totally desperate during the session sensing the numerical strength of the ruling PTI fully backed by the allied parties.

In order to avert the imminent, the opposition members changed the strategy and instead of allowing a smooth counting of heads on a motion to table the electoral reforms bill, they gathered around the treasury benches while former deputy speaker and PML-N Murtaza Javed Abbassi along with the assembly staff was seen counting those sitting on the treasury benches.

Speaker National Assembly repeatedly reminded the former deputy speaker about the house’s rules and procedures, abstaining him not to interfere in the counting process. However, Murtaza paid a deaf ear to the speaker’s instructions.

Since the government was confident of its majority, some ministers, especially Minister for Communications Murad Saeed facilitated Javed Abbasi to fulfill his desire of counting and face the embarrassment.

Earlier, the very legal gurus of the opposition parties also tried to impede the legislation process by raising the point that the government required a majority of the total membership of the National Assembly and the Senate to get a bill passed in a joint session, which amounted to 222 members.

The treasury benches, however, contended that as per Article 72 of the Constitution, a simple majority of the members present during a joint sitting was required to get a bill passed.

On this, Speaker National Assembly who was chairing the session, ruled that the Constitution held precedence over the rules.

On the instructions of Prime Minister Imran Khan, a parliamentary committee was also formed but the opposition never came up with recommendations except pointing a finger on EVMs and showing confusion over granting right of franchise to expatriate Pakistanis.

Anyway, Wednesday was a day of triumph for the government and defeat for the opposition parties. It was also a day of jubilation for hundreds of thousands of overseas Pakistanis who got the right to vote. Now, the million dollar question is whether the opposition parties will still harbor the idea of bringing a no-confidence motion against the prime minister in the National Assembly after facing the embarrassment at the joint sitting.