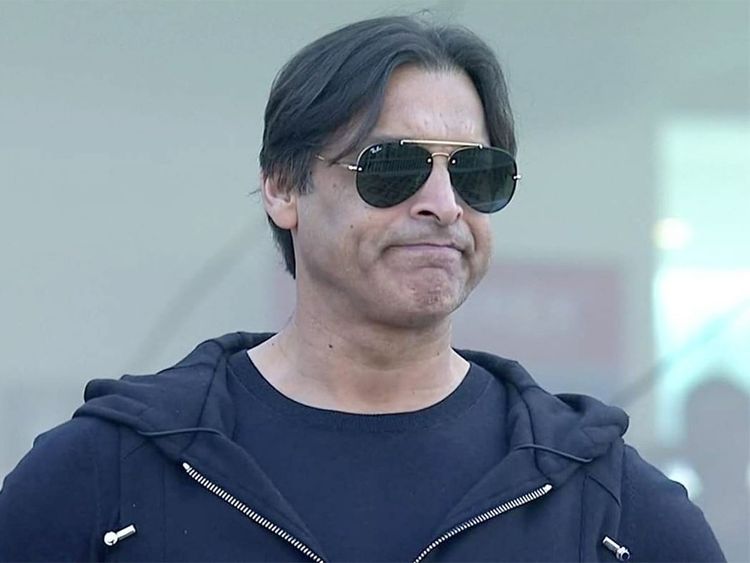 According to the sources Akhtar said he kept waiting for the show host to apologise, but he did not, compelling him to leave the show.

Following an on-air spat between Akhtar and PTV Sports anchorperson Niaz, the state broadcaster had decided to take both personalities off-air. 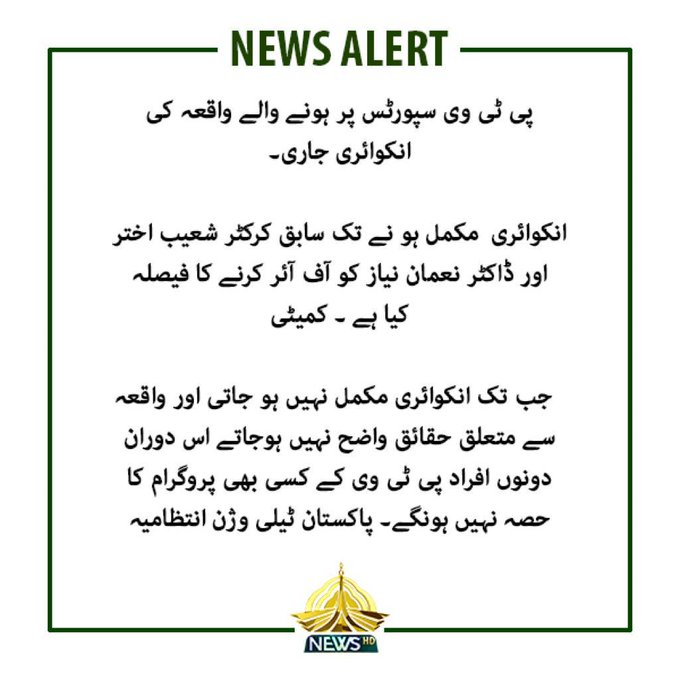 Prime Minister Imran Khan had also taken notice of the incident, with Minister of State for Parliamentary Affairs Ali Mohammad saying that the premier had called for immediate action.

Meanwhile, Akhtar said he had sat down for a brief period before leaving the show as West Indies great Sir Vivian Richards had asked him to.

“I did all this so that other stars won’t have to suffer the same fate. I don’t hate anybody,” he said.

After PTV had announced it will not be taking him or Niaz on-air until the inquiry into their spat is not concluded, the former Pakistan fast bowler had lashed out at the state broadcaster.

Akhtar took to Twitter to say that the state-run channel’s decision seems “hilarious”.

“Well, that’s hilarious. I resigned in front of 220 million Pakistanis & billions across the world. Is PTV crazy or what? Who are they to off-air me?” he asked.