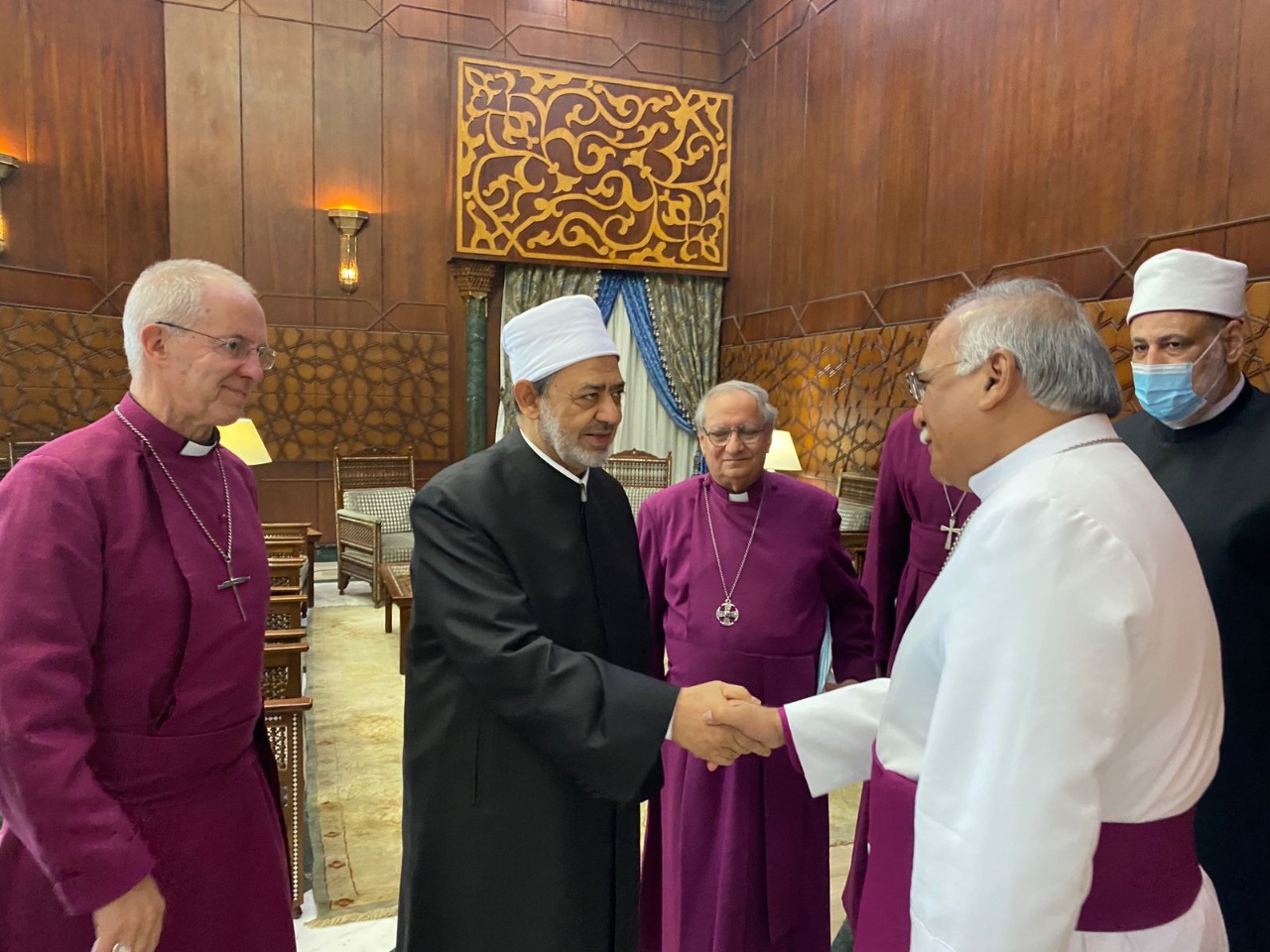 The Church of Pakistan (CoP) has proposed to replicate the Christian-Muslim dialogue between the Anglican church and leading scholars of Egypt’s Al-Azhar University to foster interfaith harmony and peace in Pakistan.
According to a statement issued by the office of the Church of Pakistan (CoP) Moderator/President Dr Azad Marshall, the proposal was floated during a meeting between the Anglican church leadership and the scholars of the prestigious University of Islamic learning on the sidelines of a high-level event in Cairo where the Archbishop of Canterbury Justin Welby launched the new Anglican province of Alexandria.
The statement said that Archbishop Emeritus of the Anglican Province of Alexandria Mounir Hanna shared the idea of setting up a research center in Egypt comprising Muslim and Christian religious scholars based on their interactions over the last two decades. Al-Azhar University’s Grand Imam Mohamed Ahmed el-Tayeb welcomed the idea and assured his full cooperation, the statement added.
“Since the CoP has also been actively involved in interfaith peace-building initiatives in Pakistan, we believe that under the able patronage of the Archbishop of Canterbury and Archbishop Emeritus of Alexandria we can replicate their experience of the Christian-Muslim dialogue in Pakistan to promote research and academic studies of our faiths for better understanding and practical resolution of religious conflicts,” Bishop Marshall stated.
He added that during the meetings held with the Muslim religious leaders in Cairo, the CoP delegation, headed by him and comprising Bishop Manu Ramal Shah and Bishop of Sialkot Alvin Samuel, had projected a positive image of Pakistan by sharing the initiatives taken by the government for the uplift of the religious minorities and the latter’s contributions to national progress.
“During the interaction, the grand imam also shared his experience of serving in the International Islamic University in Islamabad from 1999 to 2000 and spoke highly of the Pakistani hospitality,” he stated.
Bishop Marshall said that such interactions between leaderships of the two faiths helped in bridging differences and promoting peace. “We look forward to hosting the grand imam and other Muslim scholars in Pakistan soon to consolidate our peace-building initiatives here,” he concluded.