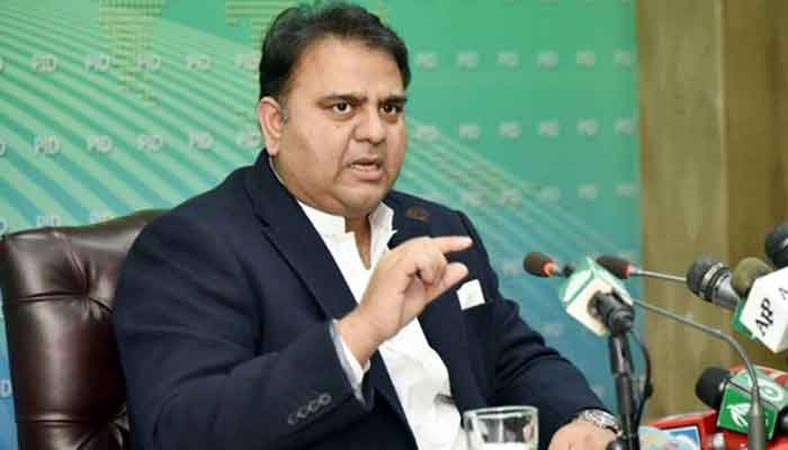 Federal Minister for Information and Broadcasting Chaudhry Fawad Hussain has stressed that Pakistan Tehreek-e-Insaf government firmly believed in fundamental, democratic and constitutional rights of freedom of expression and wanted to take all stakeholders on board to create consensus on the draft of Pakistan Media Development Authority (PMDA).

During a meeting with British High Commissioner to Pakistan Dr Christian Turner, the minister said that the PMDA aimed to ensure a cohesive approach to media development and efficient management besides providing one-window operation to media practitioners and the consumers.

He said that the government also wanted to streamline and ease the process for issuance of the NOC of the film in order to give boost to film industry. He clarified that no criminal section was being included in the media development authority law. He said that protection, perseverance and promotion of the democratic values of freedom of expression and right to criticism were vital for any democratic civilized society.

The minister said that presently media regulatory authorities were scattered and currently digital media platforms were not under any regulatory framework.

He said in the modern times television, radio and newspapers were part of the cellular mobile set and hence need a single regulatory authority. The convergence of media bodies under PDMA was essential to develop electronic, print, digital and emerging media platforms.

He said under the present mechanism of regulation over half a dozen outdated laws and set of rules were in place which did not meet the modern day requirements of converged media.

The minister said that under the existing regulatory system, redressing of public complaints takes a long time and applications for registration and grant of NOCs were not processed in time.

He said the proposed framework would address challenges and requirements for the convergent media environment as per global practices to make Pakistan a major global center for multimedia information and content services.

“We want to do away with outdated laws and bring a simple single law in line with requirements of modern age, focusing on facilitation for both the media platforms and citizens,” Fawad added.

Unlike the present system which focused on policing and revenue collection, the new authority would focus on development, innovation, digital economy, training and research, information minister stressed.

He said that all present laws related to media regulation would be abolished and a new legislation finalized in consultation with stakeholders would be enacted. He said that transparency in all processes would be ensured through the simplification of rules and procedures.

He highlighted that PMDA would have a Press Directorate, Digital Media and Film Directorate, Electronic Media Directorate, Media Complaints Council and Media Tribunal.

Fawad said that Pakistan being a democratic and pluralist society has one of the most vibrant media landscapes which has grown enormously in terms of scale and influence, disseminating news and views 24/7.

He told the ambassador that there were 4026 cable operators in Pakistan and 12 IPTV and 6 mobile TV channels whereas 1672 newspapers and 203 weeklies. However, over six hundred newspapers were proved to be dummies.

He said that a consultation process with the stakeholders had been started and the concept paper shared with public and private stakeholders. He said a committee headed by the Minister of State for Information and Broadcasting, Farrukh Habib had been constituted for consultation with private stakeholders. Chaudhary Fawad apprised that the committee had held meetings with APNS, CPNE, PBA and office bearers of PFUJ and Press clubs and largely there was consensus over the establishment of PMDA.

Fawad said that social media regulation was imperative as its advertising has swelled to Rs25 billion within a few years.

He said that advertising on social media was mounting and there was urgent need to regulate the money that was flowing out of Pakistan in dollars. He underscored that PMDA was being established to bring all the rules and respective forums under one platform.

Chaudhary Fawad Hussain also hoped that British government would review its policy of retaining Pakistan on the red list as the government has removed several reservations of United Kingdom on Pakistan’s Covid-19 data.