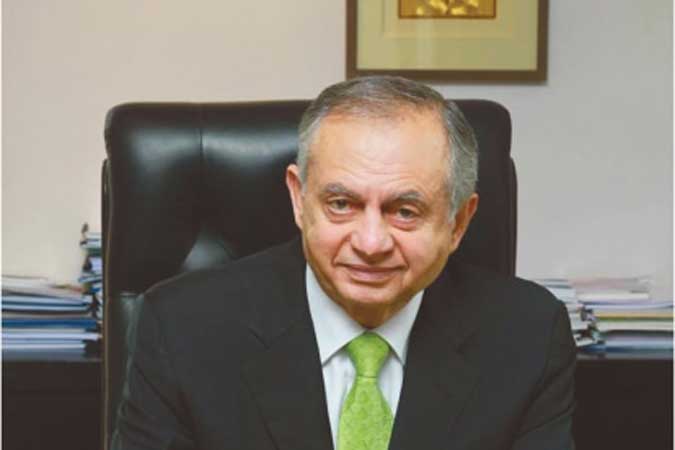 Adviser to Prime Minister for Commerce and Investment Abdul Razak Dawood on Wednesday said that the government would take exports to record levels by 2023 by providing a better business environment for the industrial sector in the country.

“Improving Pakistan’s ‘Ease of Doing Business Ranking’ will boost foreign investment in the country,” he said.

Pakistan’s rise in the last two years from 148 points to 108 points in the World Bank’s Ease of Doing Business rankings report is a milestone in the growth of foreign investment in the country, he said while addressing a launching ceremony of 7th Reform Action Plan organised by BOI.

He said that one of the main areas is to work on improving the country’s Ease of Doing Business (EOBD) ranking to provide a better business environment for foreign and local investment in the country.

Besides this the government is also committed to decrease the cost of doing business in the country.

The adviser said the country has moved from deindustrialisation to industrial growth under the Pakistan Tehreek Insaf (PTI) government and now all our industrial units are moving ahead in manufacturing.

He said the government has given priority to exports and for this every possible facility will be provided to the industry to increase production.

The advisor also said the government has prioritised bringing Foreign Direct Investment (FDI) in the country and in this regard, “we want to improve our EODB ranking to provide a better business environment to Small and Medium Enterprises (SMEs) in the country”.

Razak Dawood said that in the last financial year 2019-20, “our Information Technology (IT) exports increased by 47 percent and textile value addition products by 23 percent”.

He said at present “we are facing a lot of challenges at economy and trade fronts and State Bank of Pakistan is confident to manage the current account deficits and fiscal deficit.

Meanwhile, addressing the forum, Federal Secretary, BOI Fareena Mazhar said the DB report for 2021 and 2022 is likely to be announced by end December this year. “I am very much confident that Pakistan will improve its position further.”

She said that enabling a business environment plays a pivotal role in attracting domestic and foreign investment.

She said that all over the world, the emphasis is on improving the business climate.

Fareena said that higher rankings in the World Bank EODB index indicate better regulations for businesses and stronger protections of their rights.

The secretary said that EODB ranking is instrumental to improve the size of the formal sector, to curb corruption through transparency and accountability.

She said that in short improvements in EODB ranking reduces the time, cost and processes involved in starting and operating a business.

Fareena said it is very encouraging that during the last two years Pakistan advanced 39 places to 108th place on the ease of doing business global ranking.

The company’s registration has shown a 63 percent growth and 99 percent of these registrations were done online while 45 percent applicants were issued registration certificates on the same day, she said.

Fareena said the credit of this outstanding performance on the global stage goes to the collective and coordinated efforts of the federal and the provincial governments of Punjab and Sindh – spearheaded by the Board of Investment.

The secretary said that the Securities and Exchange Commission of Pakistan (SECP), Federal Board of Revenue (FBR) and Employees Old- Age Business Institution (EOBI) have also played a key role for driving reforms under the federal indicators where Pakistan has demonstrated an exemplary performance.

She said that for every DB cycle an action plan containing more than 50 reforms actions across all 10 indicators is prepared in consultation with all relevant stakeholders.

So far Pakistan has implemented six reform action plans, and today “we are gathered here to launch the 7th plan”.

She informed that the 7th plan is mainly focusing on improvements in firm entry regulations, reliability of electricity, tax regulations, trade regulations, creditors’ rights, better property rights, and court efficiency, etc, and reforms in these areas play a major role in the process of economic development