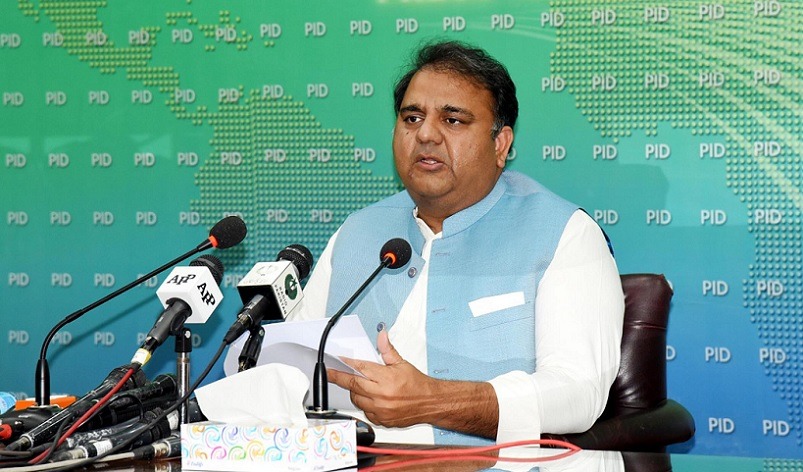 Information and Broadcasting Minister Fawad Chaudhry posted a tweet on Thursday stating that initial investigations into the Dasu incident have now confirmed traces of explosives, and terrorism cannot be ruled out in which 12 people including 9 Chinese engineers died yesterday.

Initial investigations into Dassu incident have now confirmed traces of explosives,Terrorism cannot be ruled out,PM is personally supervising all developments,in this regard Govt is in close coordination with Chinese embassy we are committed to fight menace of terrorism together

He said Prime Minister Imran Khan is personally supervising all developments in this regard and the government is in close coordination with the Chinese embassy to fight the menace of terrorism together.

The China state-affiliated media CGTN tweeted on Thursday that China will dispatch a task force to Pakistan to jointly investigate the deadly blast that killed multiple Chinese and urged the Pakistani government to ensure the safety of the Chinese personnel and the security of the projects there, said Chinese Foreign Ministry spokesman.

Nine Chinese workers were among the 12 people killed on Wednesday when a blast on a bus sent it careening down a ravine in Kohistan.

While Pakistani officials said the nature of the blast was under investigation, the Chinese Embassy in Islamabad said its nationals had come under “attack”.

The bus was carrying Chinese engineers, surveyors, and mechanical staff to the Dasu Hydropower Project construction site in Khyber Pakhtunkhwa, a local government official who did not want to be named told AFP.

“The blast sparked a fire in the engine plunging the vehicle into a ravine,” he said, adding another 28 Chinese nationals were injured.

The Chinese workers were going to the site area from Barseen in the morning when the blast occurred and wrecked the vehicle.