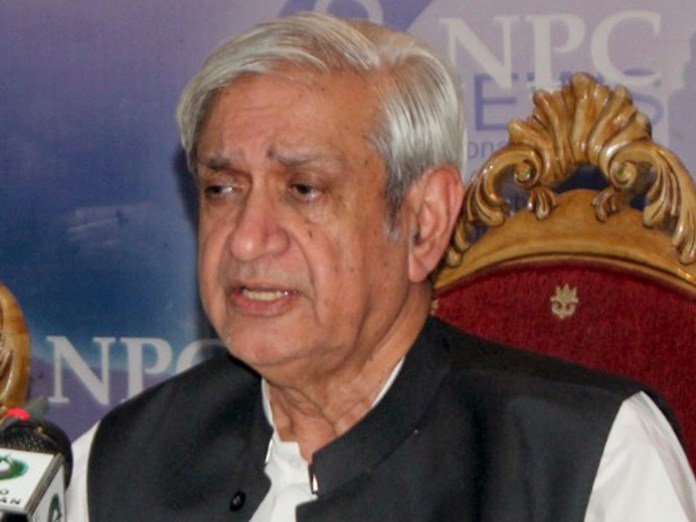 ISLAMABAD: Federal Minister for National Food Security and Research Syed Fakhar Imam here on Thursday said that Pakistan was considered among the most vulnerable country in the world in terms of climate change.

Addressing the seminar on ‘Promoting Climate Smart Agriculture and Food Security, Imam said that the government was making all efforts to overcome adverse impacts of climate change to maintain national food safety and security in the country.

The minister said that Pakistan was considered one of the most vulnerable countries to climate change in the world and has faced two disastrous floods in 2010 and 2014 due to climate change.

The climate and weather change has an extraordinary effect on all crops of Pakistan which has affected the nutritional value of crops and their yields, he said adding that it was need of the hour to take measures on war footing basis to save local agriculture from the adverse impacts of climate change.

Fakhar Imam said that Pakistan has a fair amount of malnutrition but children who face infirmities were most alarming, adding that to tackle the climate change vulnerability, Prime Minister has introduced the billion trees project to enhance forests cover.

Pakistan does not even have 4 to 4.5 percent of forest cover, he said the billion trees project has received international recognition and it was an effort to reduce the harmful impacts of climate change on the agriculture sector.

Last year, due to heavy rainfall in Sindh, he said that about 50 percent of the cotton crop was destroyed and it was a major setback for agriculture sector development.

He called upon all the stakeholders to sensitize the issue and create awareness in the general public to play their due role in the conservation of water, soil fertility, and forest for sustainable living.