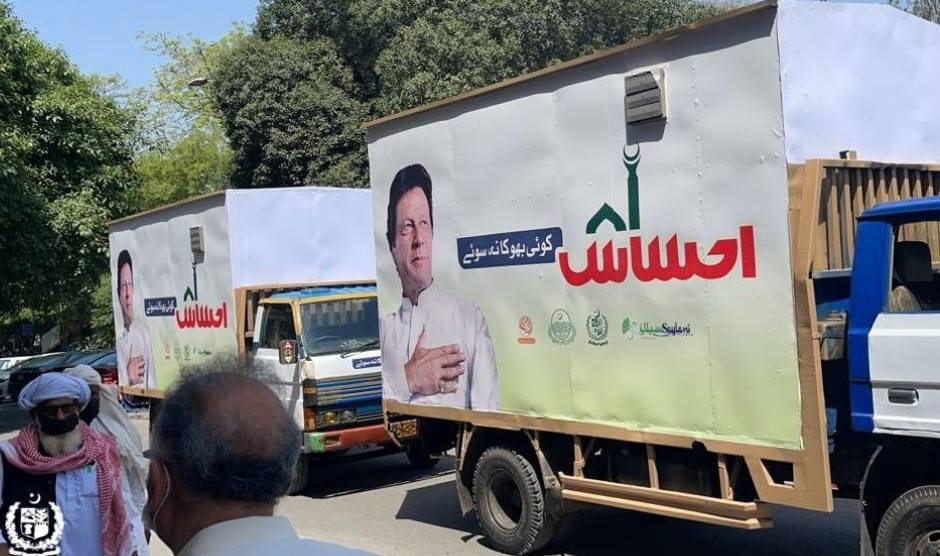 ISLAMABAD: Minister of State for Parliamentary Affairs Ali Muhammad Khan on Thursday notified the Senate that the “Koi Bhooka Na Soye” network was being extended to other cities of the country including Dera Ghazi Khan, Bahawalpur, Quetta and Karachi. The programme has been launched under Pakistan Bait-ul Mal (PBM).

He said that under the project, hygienic food at both times – Lunch and Dinner – was being provided to needy individuals through mobile units in urban and rural areas of Islamabad, Rawalpindi, Faisalabad, Lahore and Peshawar through different routes.

Food supplies were being provided by the Saylani Welfare Trust and other philanthropists. 1000 beneficiaries were provided packed food daily, 500 at each time by the each mobile unit, he divulged.

The network now intended to extend its reach to two prioritized cities of each province/ region across the country to reduce hunger through provision of two-time hygienic packed food to the needy individuals, he said. Food was delivered on first come first serve basis.

He said the PBM had developed a robust management information system (MIS) for monitoring proper maintenance of record of beneficiaries based on the computerized national identity card (CNIC) or any other identification document, to ensure transparency and subsequent identification of the category most affected by hunger. Upon provision of a CNIC, one additional food pack was also delivered on demand for a minor or a female household/ family member.

He said the mobile kitchen was fully equipped with safe cooking appliances and portable kiosk/ food booth. Food was cooked and distributed from the truck and has the capacity to cook for at least 200 persons at a time.

“Koi Bhooka Na Soye programme” is the beginning of Pakistan’s transformation into a welfare state,” PM Imran Khan had said at the launching ceremony of the network.