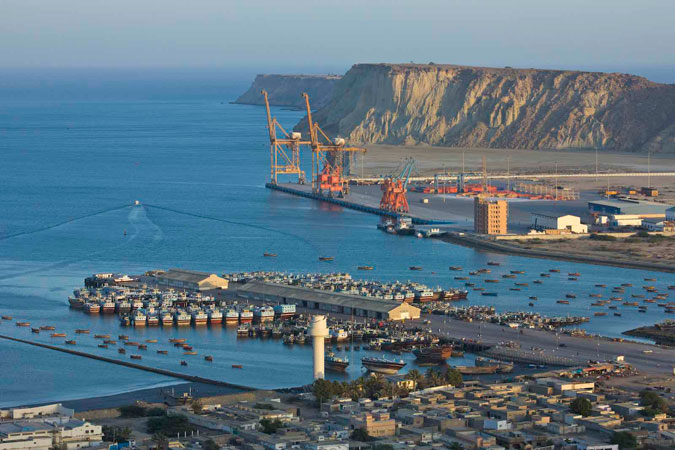 ISLAMABAD: Despite COVID-19 in the country, work on China Pakistan Economic Corridor (CPEC) projects in Gwadar is going fast and it is moving forward to become a hub of economic activities in the country.
The Gwadar port is moving forward to become the hub of activities in various sectors including logistic, trade, new industries, science, technology, culture, and education, an official in Gwadar Port Authority said.
He said the Gwadar Port has now become operational while work on the Eastbay Expressway in Gwadar is in the final stage that would be completed by October 2021.
The 14.5 kilometers offshore expressway has already been completed while the remaining 4.5 KM onshore road is under construction and 92 percent of work has been completed.
The expressway will connect the port with the second phase of the Free Trade Zone (FTZ) which will facilitate the business climate of the zone and the port alike.
The expressway will also provide primary connectivity of the port and its free zone with the network of national highways.
Similarly, the official said Gwadar port is the closest seaport to Afghanistan, Tajikistan, and other Central Asian states countries, therefore it would become the center of regional shipping and logistics.
For the first time, transit trade with Afghanistan was started through Gwadar Port, and DAP urea was transported to Afghanistan via Pakistan port instead of any other country’s seaport.
The official told APP that investment in Gwadar Free Zone was increasing at a fast pace and despite COVID-19, four plants and workshops have been completed which would become operational by end of the current year.
Likewise, 12 new investors were registered in the free zone recently and with this, the total number of investors has reached 56.
The official said that under the vision of the Prime Minister to promote trade and exports, Pakistan Customs has started work of cargo clearance in Gwadar Free Zone and cleared consignments of H.K Sun Corporation and the cleared consignment would be exported from Pakistan after remanufacturing.