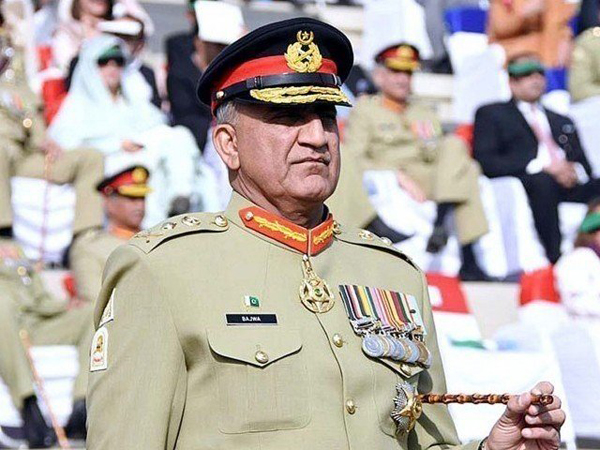 “During the meeting, matters of professional & mutual interest and regional security issues were discussed,” read a statement issued by the ISPR.

The visiting dignitary acknowledged and appreciated Pakistan Army’s sincere efforts in fight against terrorism and efforts for bringing peace and stability in the region, especially the Afghan peace process, the statement added.

“The Pakistan Army greatly values its friendly relations with the United Kingdom,” stated the COAS while wholeheartedly thanking the foreign dignitary.

According to the ISPR, General Carter called on General Bajwa at the GHQ to discuss matters of mutual interest. The visiting dignitary acknowledged Pakistan’s continuous efforts for peace and stability in the region and pledged to further enhance bilateral relations between both countries, the ISPR added.

“Secretary Austin reinforced the United States’ commitment to maintaining a strong bilateral defence relationship with Pakistan and expressed gratitude for Islamabad’s continued support for the Afghan peace process,” said a press statement issued. In the phone call, the US defence chief noted that he looks forward to “further cooperation” between the two countries in areas of common interest. The phone call came just weeks before Washington is due to withdraw the last of its troops under a deal struck with the Afghan Taliban and Austin’s unannounced trip to Afghanistan on Sunday.