Unlike Israel which is a non-religious (non-theocratic) state founded on May 14, 1948 on the ancient and historical land of Judaism (and later Christianity) mainly for Nazi-persecuted Jews who migrated to Israel, Pakistan was founded (virtually carved out) by a Britain-educated lawyer and politician, M. A. Jinnah, on August 14, 1947 on the ancient-Hinduism’s/Buddhism’s land of India for the Indian Muslims with an Islamic vision based two-nation theory. To describe it, this theory divided two communities–Hindus and Muslims of British India–into two nations from an Islamic viewpoint. The two-nation theory was initially floated by Sir Syed Ahmad Khan who was an Islamic pragmatist, reformer, and philosopher of the 19th century British India. Later, this theory was championed and pervasively propagated by an Islamist poet Iqbal of British India through his Islam-oriented poetic work which is found to be Islamically supremacistic and archaic.

Sir Syed Ahmad Khan once said this: “…Is it possible that under these circumstances two nations—the Mohammedans and the Hindus—could sit on the same throne and remain equal in power? Most certainly not. It is necessary that one of them should conquer the other. To hope that both could remain equal is to desire the impossible and the inconceivable. But until one nation has conquered the other and made it obedient, peace cannot reign in the land.” Also, on March 14, 1888 during his speech in Meerut regarding a post-colonial phase, he again described the two communities (Hindus and Muslims) of the British India as two nations.

Jinnah himself was a westernized Muslim, and had married a Parsi (Zoroastrian) woman, but he essentially disowned his only daughter because she got married to a non-Muslim (Parsi). Also, Jinnah, as his speeches show, seemed to have espoused and often touted his Islamic inclinations which later turned into an Islamic agenda throughout his political leadership.

In an interview with the British journalist Beverley Nichols, Jinnah said in 1943: “Islam is not only a religious doctrine but also a realistic code of conduct in terms of every day and everything important in life: our history, our laws and our jurisprudence”

Jinnah, at the same time, ideologically, portrayed himself as a liberal and democratic-minded person; and as such, he initially stood for a unity of Muslims and Hindus of British India and for an undivided India and its independence for a long time even after joining an All-India Muslim League in 1913, which had been founded in 1906 largely to safeguard Muslim interests in British India. Later, he was persuaded or pushed persistently by the Islamist poet Iqbal and other Muslim League leaders to embrace the incredible two-nation theory. Jinnah initially resisted, but finally agreed and used this two-nation theory as a clarion call to unite the Muslims of British India and as a basis for an Islamic vision to create an Islamic country, Pakistan, which he delivered through his political savviness and disciplined diligence. An op-ed writer who seems to unquestionably revere Jinnah once said in an op-ed: “…in a country like Pakistan where the abiding myth is that it was created in the name of religion. It is a myth and Pakistan was not created in the name of religion”. But the fact is that Jinnah created Pakistan for Muslims as a separate, independent, Islamic country, using the two-nation (Hindu-Muslim) theory that was divisive and supportive of Islam (and Muslims).

During his political struggle for creation of Pakistan, Jinnah continually used and prevalently propagated the two-nation-theory; and as such, he created threatening or compelling circumstances—sometime dangerous and deadly. For an example, the Jinnah issued an Islamically-influenced Direct Action Day order that instigated communal riots and a massacre. This aided to increase the chances of partitioning India to create Pakistan. Below are detailed examples of when and how he used this two-nation theory and Islamic vision that is a basis of the theory.

In his All-India Muslim League presidential address delivered in Lahore on 22 March 1940, Jinnah explained: “It is extremely difficult to appreciate why our Hindu friends fail to understand the real nature of Islam and Hinduism. They are not religions in the strict sense of the word, but are, in fact, different and distinct social orders, and it is a dream that the Hindus and Muslims can ever evolve a common nationality, and this misconception of one Indian nation has troubles and will lead India to destruction if we fail to revise our notions in time. The Hindus and Muslims belong to two different religious philosophies, social customs literatures. They neither intermarry nor inter-dine together and, indeed, they belong to two different civilizations which are based mainly on conflicting ideas and conceptions. Their aspect on life and of life are different. It is quite clear that Hindus and Mussalman (Muslims) derive their inspiration from different sources of history. They have different epics, different heroes, and different episodes. Very often the hero of one is a foe of the other and, likewise, their victories and defeats overlap. To yoke together two such nations under a single state, one as a numerical minority and the other as a majority, must lead to growing discontent and final destruction of any fabric that may be so built for the government of such a state.”

In an interview with the British journalist Beverley Nichols, Jinnah said in 1943: “Islam is not only a religious doctrine but also a realistic code of conduct in terms of every day and everything important in life: our history, our laws and our jurisprudence. In all these things, our outlook is not only fundamentally different but also opposed to Hindus. There is nothing in life that links us together. Our names, clothes, food, festivals, and rituals, all are different. Our economic life, our educational ideas, treatment of women, attitude towards animals, and humanitarian considerations, all are very different.”

In 1944, Jinnah said: “We maintain and hold that Muslims and Hindus are two major nations by any definition or test of a nation. We are a nation of hundred million and what is more, we are a nation with our own distinctive culture and civilization, language and literature, art and architecture, names and nomenclature, sense of values and proportions, legal laws and moral codes, customs and calendar, history and tradition, and aptitude and ambitions. In short, we have our own outlook on life and of life”.

However, in May 1947 when creation of Pakistan was being considered by the British, like any typical, tall-tale-telling, pretentious or dissimulative, highly-educated or Westernized Muslim who often would try to impress a religiously diverse audience or Westerns, the politically savvy Jinnah deviated from his two-nation theory or Islamic vision and had an entirely different line when he told Mountbatten (British Viceroy in charge of India’s independence): “Your Excellency doesn’t understand that the Punjab is a nation. Bengal is a nation. A man is a Punjabi or a Bengali first before he is a Hindu or a Muslim. If you give us those provinces you must, under no condition, partition them. You will destroy their viability and cause endless bloodshed and trouble.” Then in response, Mountbatten said: “Yes, of course. A man is not only a Punjabi or a Bengali before he is a Muslim or Hindu, but he is an Indian before all else. What you’re saying is the perfect, absolute answer I’ve been looking for. You’ve presented me the arguments to keep India united.” It seems that Jinnah’s deviation from the two-nation theory backfired on him. To be continued to Part II. 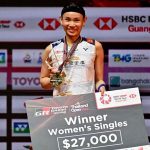