SALMAN TASEER – A PRINCE AMONG MEN 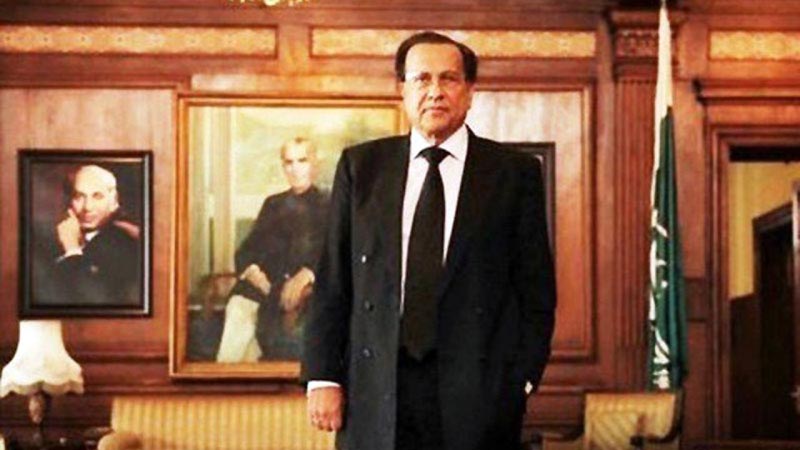 These are the verses of the great poet Faiz that my dear friend Salman Taseer recited in a television interview just two months before his tragic assassination. A towering personality, with qualities of both head and heart with a long history. Salman Taseer was one of a kind. Reflecting back on his life, his achievements, his role in politics of Pakistan and the ordeals his family went through after him, I can only acknowledge the resilience, freedom and patience that have been the legacy of the Taseer family.

As a person, Salman was as full of life as one can be. He was a great son of a great father. He was gifted and unique. A poet himself, Salman was well-read and could speak for hours on literature and art. The influence from his father made him a great lover of socialism and public welfare. All through his life, his success in his business did not make him arrogant or elitist. He was exceptionally hospitable and fond of feasts. He could be avidly seen engaging in kite flying in Melas across Punjab. He made friends without any prejudice of class, race or religion. Down to earth yet classy, Salman enjoyed company of people from all walks of life. No wonder, he used to receive loads of guests from India and artists across the globe. He adequately described himself as saying, “I am made of wood but one that does not burn easily”.

Salman was born in Shimla, British India in 1944. He completed his early education from Government College, Lahore and then he moved to London to study accountancy. His father was Muhammad Din Taseer, better known as M.D Taseer, who was a PhD from England and was a poet and guide to the legendary Faiz Ahmed Faiz. Salman’s mother was a British woman named Christabel, who later converted to Islam and adopted the name Bilquees. Salman Taseer was orphaned when he was only six years old and was raised by his mother along with his two sisters in relative poverty. No one could have imagined that this boy would one day become, an influential personality.

From my 40 years of knowing Salman Taseer, I have come to realize the genius of his personality in three distinct parts, firstly, his personality and charisma; secondly, his achievements as an entrepreneur and lastly, his political convictions when it came to democracy, socialism and welfare.

Salman Taseer began his career from the study of accountancy but he utilized his knowledge with extra-ordinary acumen by setting up successful businesses. Initially, he began by management consultancy and only in a few years time, he was building an empire through his First Capital Securities. He also brought the financial giant Smith Barney, Inc to Pakistan as an investor. As an entrepreneur, Salman also conceived World Call as a telecom company. After more than 30 years, World Call still enjoys a deep imprint on the telephonic and entertainment business in the country. At the time, it was the largest private phone network. Apart from these, Salman also initiated Business plus and Daily Times as excellent Journalist enterprises. Salman Taseer, like all great men, started from scratch and built successful companies and businesses that were providing jobs to thousands of Pakistanis for decades now.

Coming to the political part of his persona, Salman Taseer was always vocal and fearless. From the start, he was inspired by socialist literature. He despised extreme capitalism and power in the hands of a few. An ardent reader and fan of Faiz Ahmed Faiz, Salman always remained active in advocacy of justice, liberty and freedom. In the 1960s, Taseer got affiliated with Pakistan People’s Party and jumped into the world of politics and power head first. Upon arrest and death sentence of Z.A Bhutto, he wrote a book called “Bhutto: A political biography”. Afterwards, He became a close worker and confidant to the great Mohtarma Shaheed Benazir Bhutto. In 1988, Taseer became the member of the National Parliament but his style of conducting socio-political work, was anything but orthodox. He remained loyal to the Bhutto family and at the same time to his convictions of democracy, justice and fairness. Unlike many other party members, Salman was never, in his entire career, accused of corruption or nepotism. He remained steadfast to his ideals, even when it meant facing physical torture, which actually happened during Nawaz Sharif Government in November, 1992. He remained true to his ideals and morals. In 2008, he was appointed Governor of Punjab by General Musharraf. He was a beacon to the whole of the province, becoming a voice of moderation, liberation, modern thinking and reform. He took up the task of introducing modern education techniques and helped expand many colleges to universities. He never shirked from expressing his views on traditional taboo topics. He gave agendas to provincial government on complicated matters such as sectarian rifts, women empowerment, minority rights and freedom of expression. His critics generalized him as being a Western-centric politician but as a friend, I believe he was just doing what he thought was right. And it is this sense of righteousness that got his name added to the list of martyrs.

On 4thJanuary, 2011, Salman Taseer was assassinated in Islamabad for a crime that was later declared by the Supreme Court, he never. Adding to the trials of the family, his son was kidnapped in August, 2011, the same year. After four and half years, Shahbaz was recovered from Baluchistan. I have no words to describe the pain and agony this family went through but as they say, “the night is darkest, just before dawn”, I am all-praise for my departed friend and his family having come across these painful years and still able to maintain their composure and resolve. I would also like to pay tribute to his wife, Mrs. Amina Taseer who continued to strive for the survival and honor of her family and passed through testing times. Shahryar is also following in his father’s footsteps and carrying the torch of commitment and dedication to his family and country. Salman’s children lost him at an early age, but there is much they can look up to, a towering personality that was their father. I hope it gives his family the same condolence as it gives me on the fact the highest Court in Pakistan has stood by the ideals of Salman Taseer. He was a prince among men with a smile that displayed character and radiant optimism. It is said, the path to justice and freedom is carved with blood of martyred heroes, I believe Salman Taseer is one in a line of many that this great nation has produced. Rest in Peace, my friend.