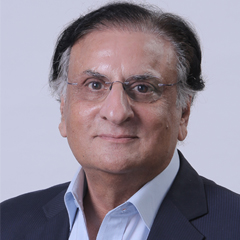 The year 2022 has brought on the worst flood in the history of Pakistan. It has been estimated that a loss of 30 billion Dollars has been caused and the magnitude is mounting on a daily basis. Over 1300 lives have been lost and a lot many will be endangered if relief goods are not […] 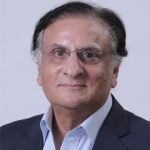 There is no doubt in the fact that the achievements of science, technology, industry and commerce have revolutionized the human way of life. Mankind has attained the unthinkable in many areas of life. The advancements in every sphere of life have accelerated at a back-breaking pace. At the extremity of development, human beings are now […]

Most people bare feeble memories. It is very common among us to overlook the past or entirely ignore historical facts. We utterly disregard external and internal challenges, neglect weak economic policies and with absolute indifference to regional and global politics, either start drawing comparison of Pakistan with the developed western states or with Bangladesh and […]

The year 2021 was nothing short of revolutionary and historical in multiple facets. In various areas of life, events took place that have a lasting effect on the fate of humanity and the planet for decades. 2021 was a year that was reminiscent of the human condition; a convoluted amalgam of pessimism with optimism, hope […]

Quaid-e-Azam Muhmmad Ali Jinnah, the man who changed the map of the world and whose light shines on Muslims of the sub-continent to this day, our great leader left us on 11th September, 1948. He was a man who carried with him the immense responsibility of giving birth to a nation. A people who had […]

Men are considered superior to women owing to their strong physical, emotional and psychological makeup. Their profound Social and economic role in society enhanced their superiority further. Since the beginning of time Man was believed to hold a higher pedestal merely on the basis of physical strength as he toiled hard labor to earn livelihood […]

The year 2021 is special as it comes with a ray of hope after the chaos of 2020 tested the world to its limits. Pakistan was able to deal with the storm in a much better way as compared to other countries. I feel glad to write that the economic activity is picking up every […]

One of the key areas where China is being challenged by the International community, United Nations and regional countries alike is the South China Sea Dispute. The legacy of the matter goes back to the Second World War when Imperial Japan captured the South China territories including the famously known Paracel islands, Spratly islands and […]

Earth has existed for over 4.5 billion years and mankind is believed to have been around for nearly 5 million years according to most scientific estimates. For most of this time, mankind has existed on the planet much like other creatures, more specifically as mammals. Being born, living a life, reproducing, consuming and then dying […]