Blasts and gunfire were heard after a plane carrying the new Yemeni government arrived from Saudi Arabia. 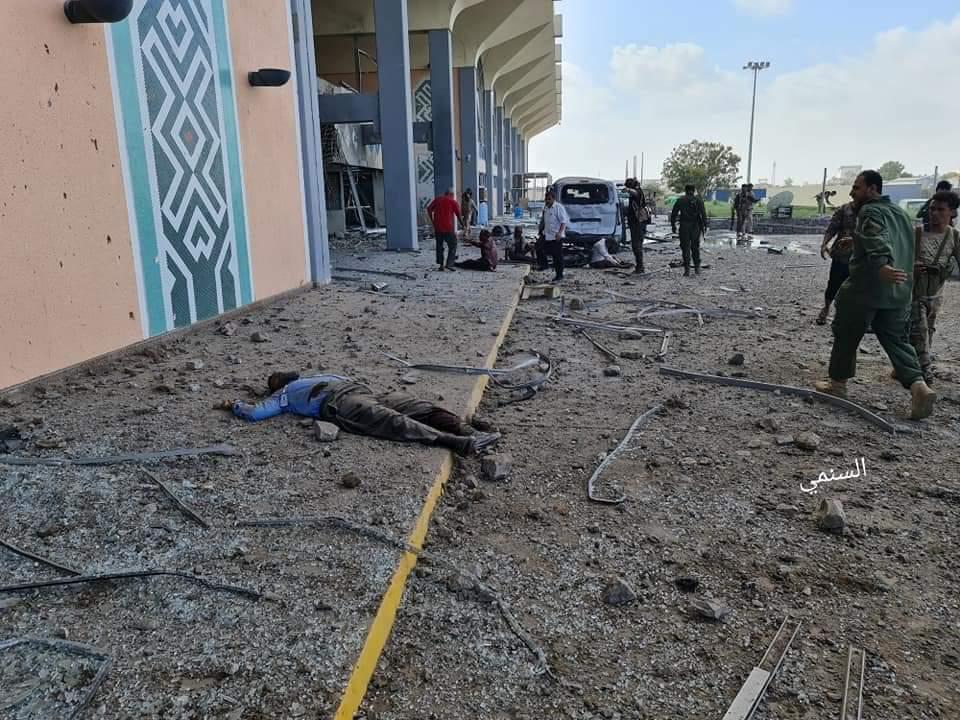 A large explosion struck the airport in the southern Yemeni city of Aden on Wednesday, shortly after a plane carrying the newly formed Saudi-backed cabinet landed there, security officials said.

At least 22 people were killed and 50 were wounded in the blast. 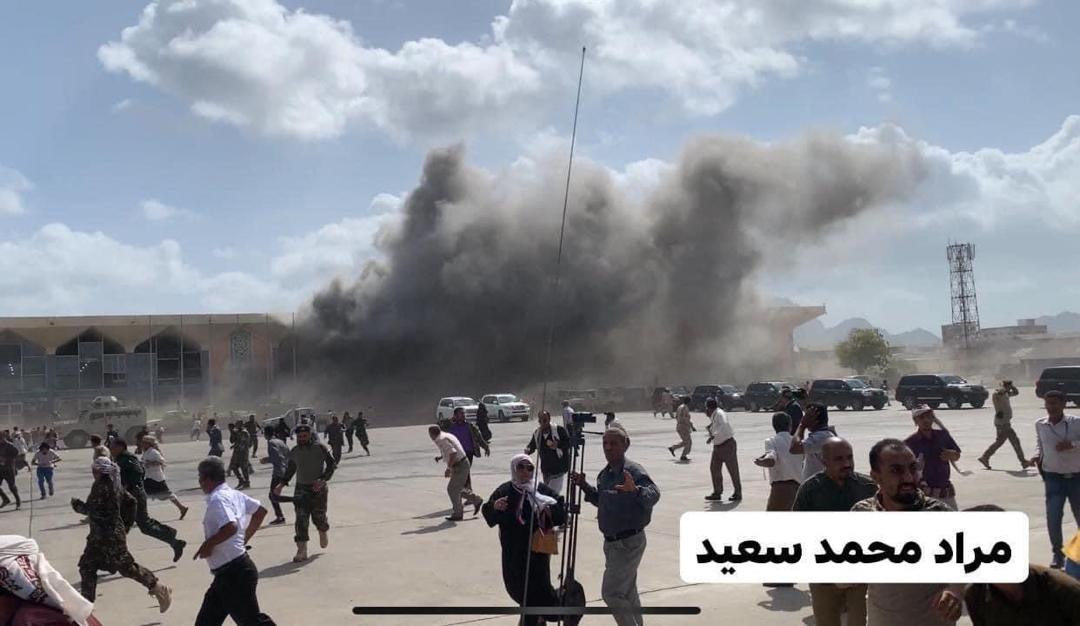 The source of the explosion was not immediately clear and no group claimed responsibility for attacking the airport. No one on the government plane was hurt.

Hours after the attack, a second explosion was heard around Aden’s Maasheq presidential palace where the cabinet members including Prime Minister Maeen Abdulmalik, as well as the Saudi ambassador to Yemen, had been taken to safely, residents and local media said.

It was unclear what caused the second blast and there were no immediate reports of casualties.

Mohammed al-Roubid, deputy head of Aden’s health office, told the AP that at least 16 people were killed in the airport explosion and 60 were wounded.

Later, the Interior Ministry raised the casualty toll to at least 22 dead and 50 wounded.

Yemen’s Information Minister Moammar Al-Eryani blamed the attack on the Iran-backed Houthi rebels, adding that all the members of the government were safe.

“We assure our great people that members of the government are fine, and we assure you that the cowardly terrorist attack by the Iran-supported Huthi militia will not deter us from carrying out our patriotic duty,” he said on Twitter.

The Houthis denied responsibility for the attack.

The UN special envoy for Yemen, Martin Griffiths, condemned the explosion as an “unacceptable act of violence.” He said in a tweet that the attack was “a tragic reminder of the importance of bringing #Yemen urgently back on the path towards peace.”

Yemen’s government was sworn in on December 18 by President Abd Rabbu Mansour Hadi, as part of a power-sharing deal brokered by Saudi Arabia in 2019.

Headed by Prime Minister Abdulmalik, the new government represents Yemen’s northern and southern areas with equal numbers of members for each region.

Its formation is the result of a compromise between the UAE-backed separatists in the Southern Transitional Council and Saudi-backed loyalists of President Hadi.

It’s meant to end military clashes between those parties, so they can fight as allies against the Houthi rebel movement.