At least four people were killed in the Bangladeshi city of Chittagong after police fired at protesters during a demonstration against a visit by Indian Prime Minister Narendra Modi, police officials said. “We had to fire teargas and rubber bullets to disperse them as they entered a police station and carried out extensive vandalism,” Rafiqul […] 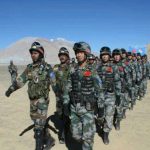 China’s defence ministry has said that Chinese and Indian front-line troops at the border of the two countries have begun to “disengage simultaneously” on the north and south shore of Pangong Tso lake. The move was announced on Wednesday by defence ministry spokesman Wu Qian on Weibo. Several rounds of talks have been held over […] 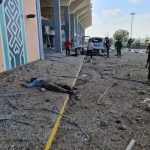 A large explosion struck the airport in the southern Yemeni city of Aden on Wednesday, shortly after a plane carrying the newly formed Saudi-backed cabinet landed there, security officials said. At least 22 people were killed and 50 were wounded in the blast. The source of the explosion was not immediately clear and no group […] 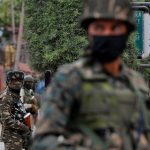 Indian troops have killed four rebel fighters in gun battles in Indian-administered Kashmir, including the commander of the biggest separatist group fighting New Delhi in the disputed Himalayan region. Hundreds of Indian soldiers launched an operation late on Tuesday after receiving intelligence that Hizbul Mujahideen commander Riyaz Naikoo was hiding in a village in south […] 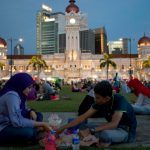 The Eid al-Fitr festival marks the end of Ramadan and is celebrated as an official holiday in Muslim-majority countries. With lockdown measures in place and large gatherings banned, this year’s festivities will be scaled down. The Indonesian Ulema Council recommends that people living and working in other cities should refrain from visiting their hometowns for […]

A mosque has been set on fire in the Indian capital New Delhi as violent protests continue across the city with the death toll rising to 23. Indian website The Wire reported that a mob shouting “Jai Shri Ram”, translated to “hail Lord Ram”, paraded around the burning mosque in the Ashok Nagar area of […] 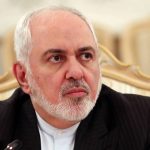 Iranian Foreign Minister Mohammad Javad Zarif has said the United States declined to issue him a visa to attend a United Nations Security Council meeting scheduled in New York later this week, as tensions escalate between the two countries after the US killed Iran’s most prominent military commander. “They fear that someone comes to the US and reveals realities,” Zarif said on Tuesday. […] 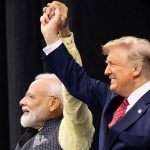 US President Donald Trump has joined a rally in Texas to welcome Indian Prime Minister Narendra Modi, who is visiting the United States – a rare mass showing for a foreign leader on the American soil despite trade tensions between the two countries. Nearly 50,000 Indian Americans and Non-Resident Indians gathered at Houston city’s NRG Stadium on Sunday for the “Howdy, Modi!” rally hosted by Hindu […] 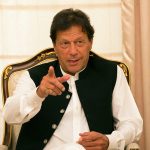 It has been a year since the former cricketer-turned-politician Imran Khan became Pakistan’s prime minister. Khan’s campaign slogan was “Naya Pakistan” or “New Pakistan”, a reflection of his promises to turn the country’s economy around and end corruption. But the first year of his premiership has not gone as smoothly as he may have hoped or even expected, […] 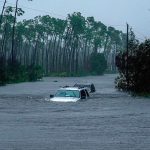 United Nations and Red Cross relief officials rushed to deal with an unfolding humanitarian crisis in the Bahamas in the wake of Hurricane Dorian on Tuesday after the most powerful storm ever to hit the islands devastated homes, crippled hospitals and left thousands in need of food and water. Prime Minister Hubert Minnis said at least seven […]