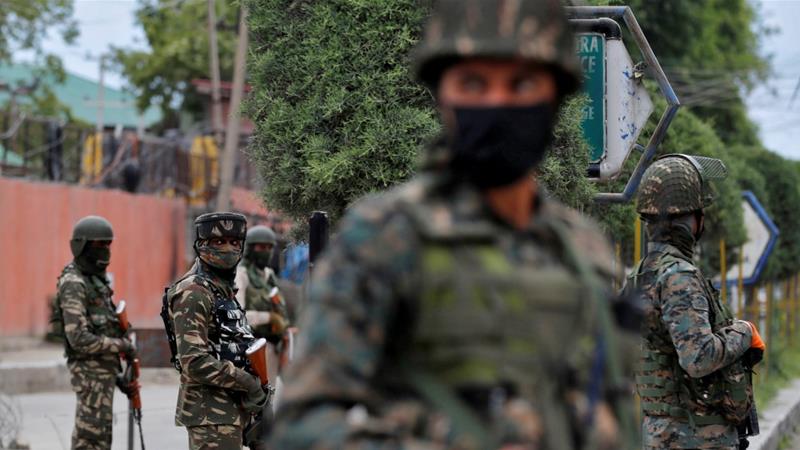 Indian troops have killed four rebel fighters in gun battles in Indian-administered Kashmir, including the commander of the biggest separatist group fighting New Delhi in the disputed Himalayan region.

Hundreds of Indian soldiers launched an operation late on Tuesday after receiving intelligence that Hizbul Mujahideen commander Riyaz Naikoo was hiding in a village in south Kashmir’s Pulwama district.

Riyaz Naikoo and group in Jammu and Kashmir have been fighting against Indian rule for independence, or unification with neighboring Pakistan.

Authorities also disabled mobile internet across the Kashmir region early on Wednesday to prevent large crowds from gathering in the streets to mourn his killing.

“He was trapped in a house and early today a gun battle took place during which he and his associate were killed,” Kashmir’s Inspector General of Police, Vijay Kumar, told Reuters news agency on Wednesday.

Two rebels were killed in another gun battle nearby on Wednesday, Kumar added.

For decades, separatists have fought an armed conflict against Indian rule in Kashmir, wanting independence for the Himalayan region or to join Pakistan.

Kashmir is claimed in whole but ruled in part by both India and Pakistan.

According to several human rights organizations, thousands of people have been killed in the conflict in the region since 1989.