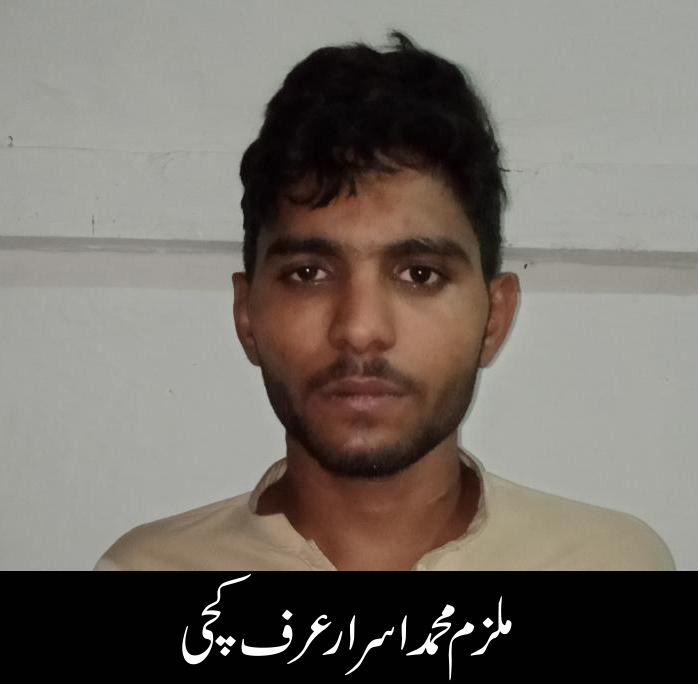 Pakistan Rangers (Sindh) on the basis of intelligence information with the help of police in Gulshan-e-Iqbal area Gulzar Hijri arrested the accused Muhammad Israr alias Katchi involved in the murder.

According to the details, a man named Mir Muhammad was killed on August 09, 2020 in Gulistan area of ​​Karachi during a bitter speech at the place of every golden apartment. As soon as the incident was reported, Pakistan Rangers (Sindh) formed a special team to investigate the motives of the murder and acting on the basis of intelligence information arrested the accused involved in the murder.

According to the preliminary investigation, the accused Mohammad Israr alias Katchi confessed that the accused had a bitter argument with his cousin Mir Mohammad, on which the accused killed Mir Mohammad out of fear of arrest. He fled the scene and hid in Gulzar-e-Hijri area of ​​Gulshan-e-Iqbal. Accused Muhammad Israr alias Katchi has been handed over to police for legal action.
The public is urged to immediately report such elements to the nearest check post, Rangers Helpline 1101 or Rangers Helper WhatsApp number 03479001111 by calling or SMS. Your name will be kept confidential.