Action Labs will kick off exchanges on 20 October and will be followed by plenary sessions to be held between 28-30 October. Discussions will feature interventions from renowned speakers, including, amongst others, WLA-CdM Members: Former UN Secretary General, Ban Ki-moon, UN Human Rights Commissioner, Michelle Bachelet and former UK Prime Minister, Gordon Brown. The Dialogue will also feature representatives from different sectors of society including a closing speech by Hillary Clinton, former US Secretary of State; the participation of Patricia Espinosa, Executive Secretary of the United Nations Framework Convention on Climate Change as panellist; and a conversation on sustainability between Dirk Messner, President of the German Environment Agency, and Teresa Ribera, WLA-CdM Advisor and Fourth VicePresident of the Government of Spain and Minister for Ecological Transition and Demographic Challenge.

‘Multilateralism that Delivers’ also receives support from Germany’s Environmental Agency, the Frederich Ebert Stiftung, the Boston Global Forum, the World Economic Forum and the UN75 initiative. Once the Dialogue concludes, WLA-CdM, Bertelsmann Stiftung and all other partners are determined to use the specific policy recommendations to be included in the Call to Action, to advocate for an enhanced multilateral system, a more effective institutional setting and more global cooperation for years to come. These will particularly feed UN75 process, UN2020, German EU Presidency as well as other important conversations being held
on the topic.

A focus in digitalisation, social justice and sustainability The current multilateral system is under strain. In an increasingly complex world, citizens express a lack of trust in both national and international institutions, while a collective of political leaders worldwide call for inward-looking approaches to problems that are transnational by nature. All of this results in a lack of global cooperation and constrains our ability to solve humankind’s challenges collectively.

In consultation with its partners, WLA-CdM has identified three thematic areas where a lack of
global cooperation is constraining our ability to act:

Club de Madrid’s Policy Dialogue
Thanks to WLA-CdM’s convening power and network, its Annual Policy Dialogues provide a unique platform to inspire dialogue and democratic policy change on a given topic. Former Heads of State and government bring their individual and collective experience to the discussions. Given their geographical and ideological diversity, they collegially provide an all-encompassing voice enhanced by independent experts, leaders from the private sector and representatives from civil society, all of whom actively engage in these Policy Dialogues. 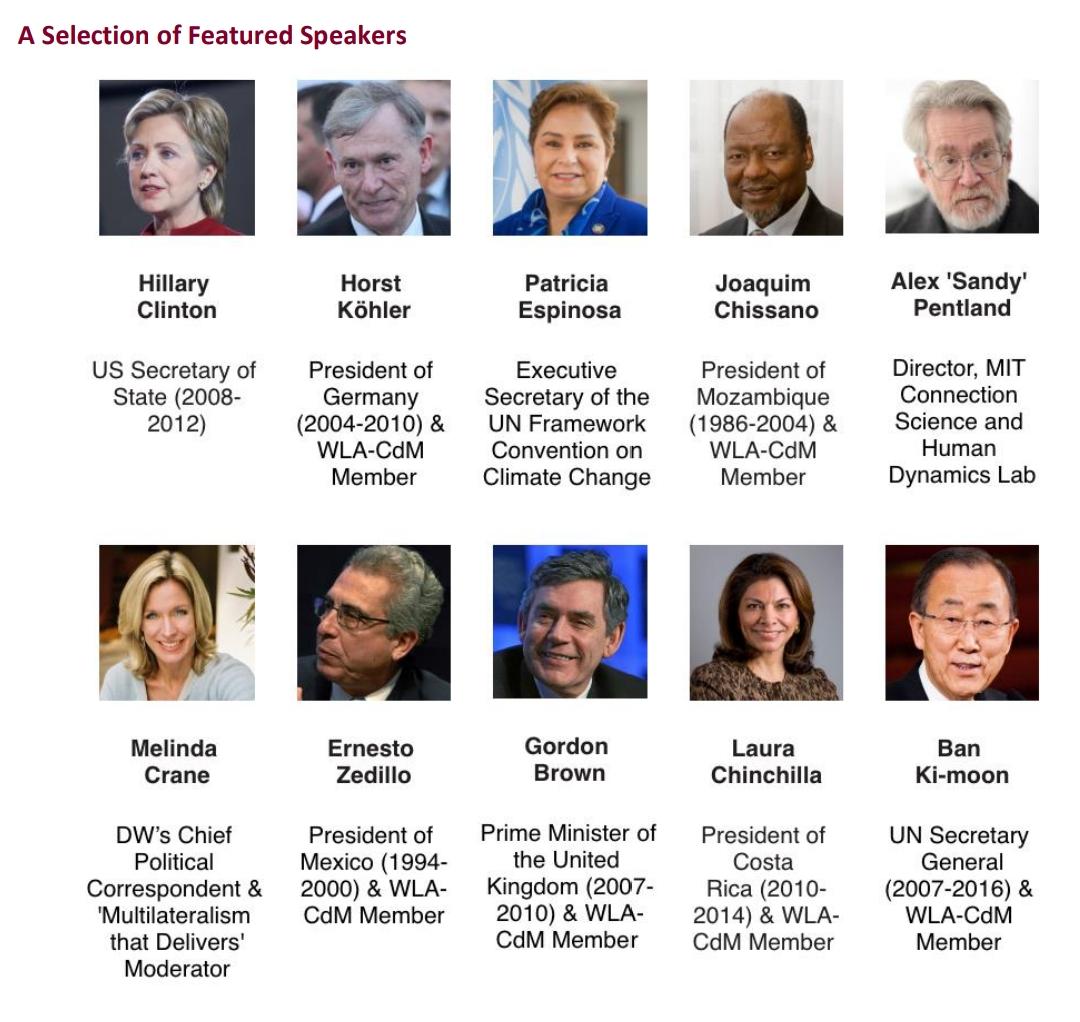 ABOUT
World Leadership Alliance-Club de Madrid (WLA-CdM) is the largest worldwide assembly of political leaders working to strengthen democratic values, good governance and the well-being of citizens across the globe. As a non-profit, non-partisan, international organization, its network is composed of more than 100 democratic former Presidents and Prime Ministers from over 60 countries, together with a global body of advisors and experts practitioners, who offer their voice and agency on a pro bono basis, to today’s political, civil society leaders and policymakers.

WLA-CdM responds to a growing demand for trusted advice in addressing the challenges involved in achieving ‘democracy that delivers’, building bridges, bringing down silos and promoting dialogue for the design of better policies for all. This alliance represents an independent effort towards sustainable development, inclusion and peace, not bound by the interest or pressures of institutions and governments, by providing the experience, access and convening power of its Members. 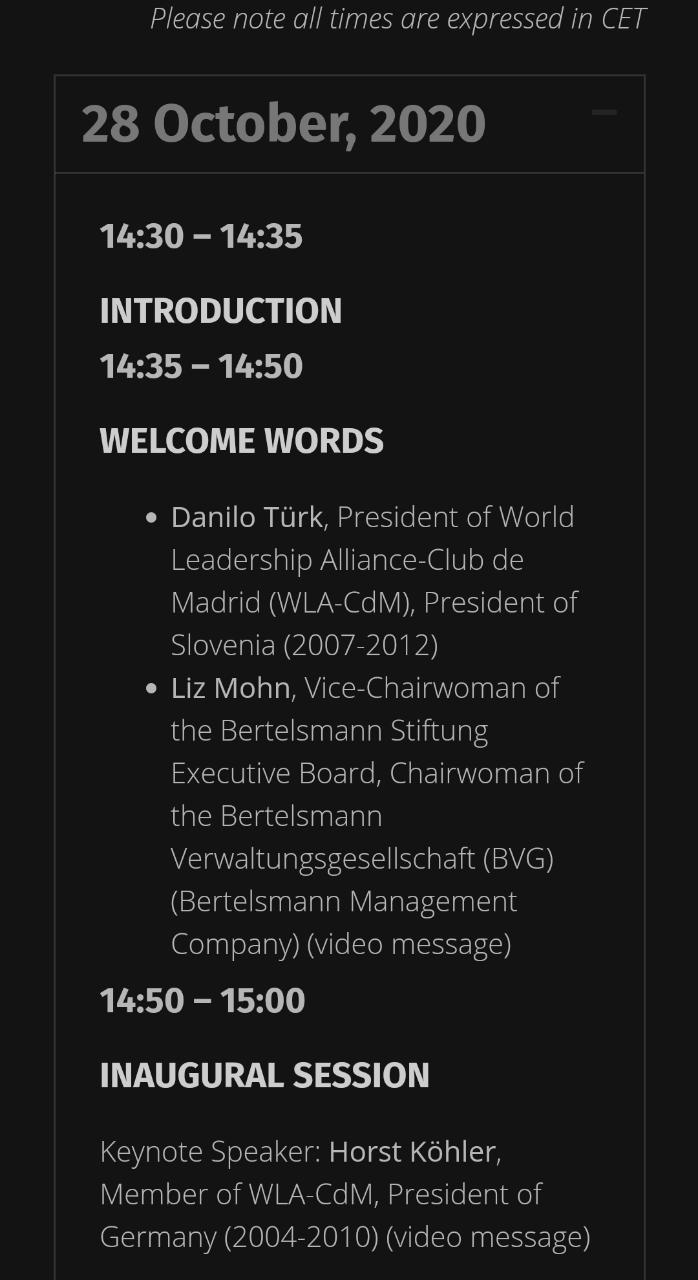 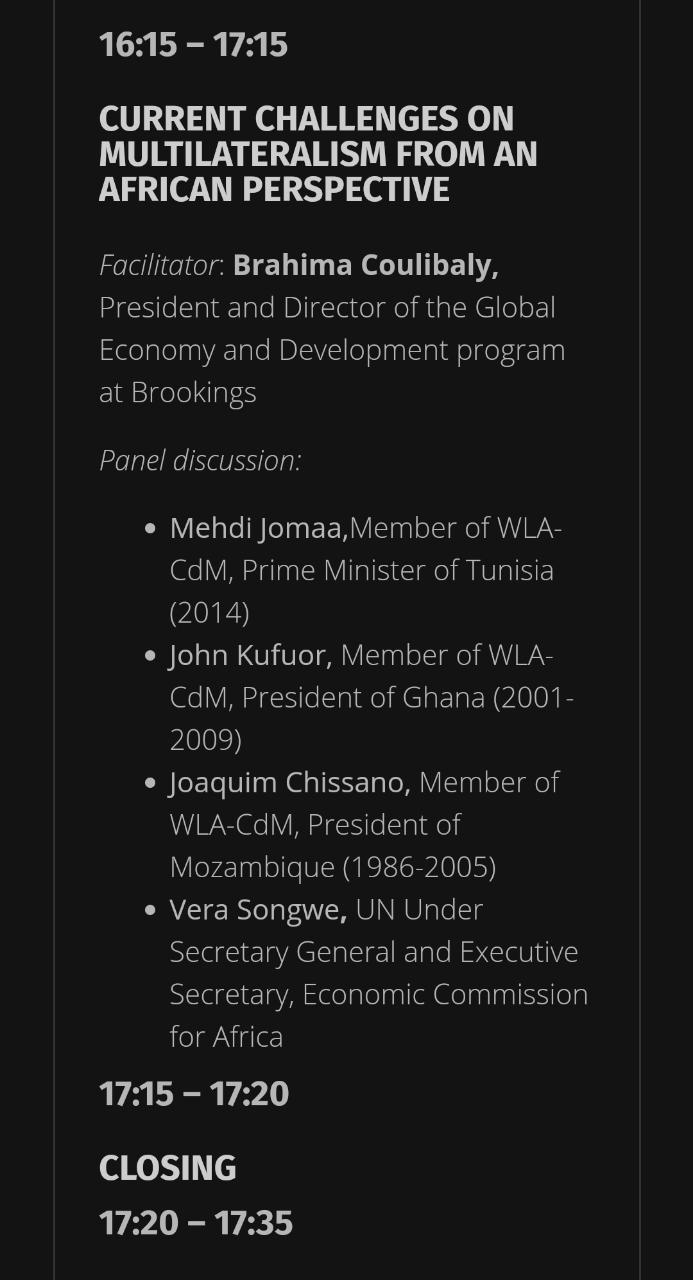 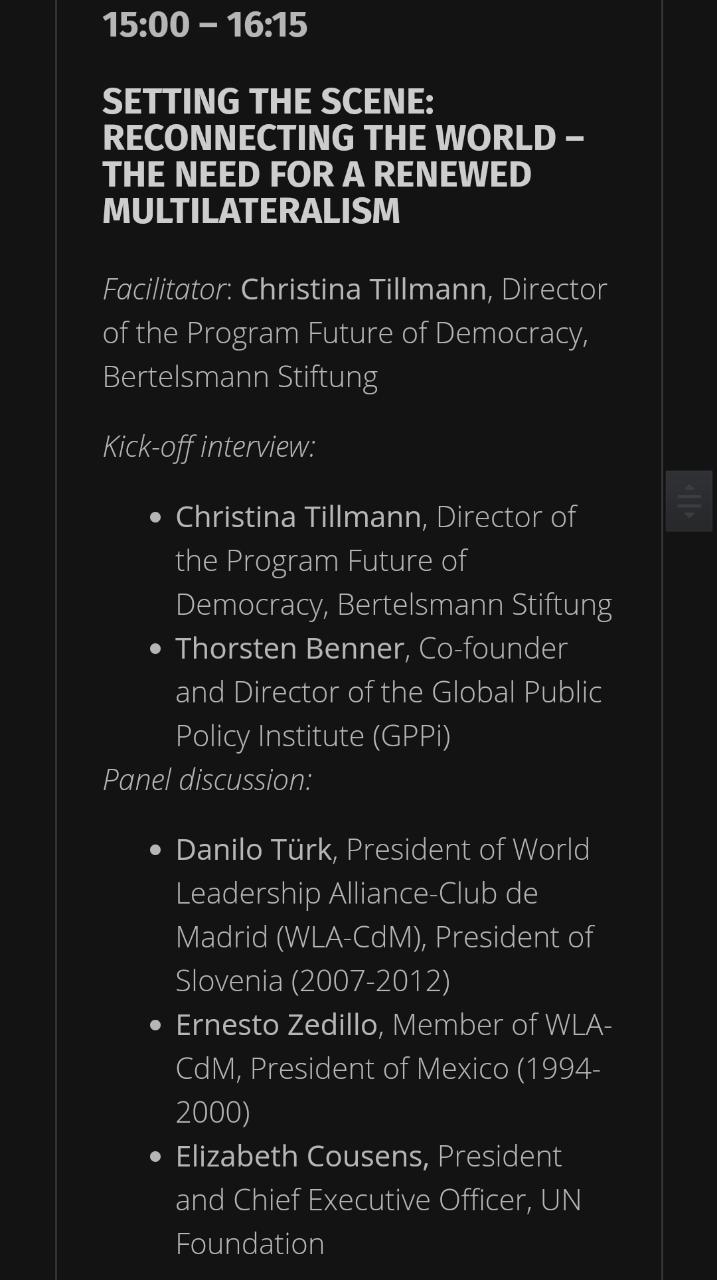