Archeologists have uncovered a huge cat geoglyph etched into a hillside in southern Peru. The site is believed to be the remnant of an ancient civilization or mysterious desert-dwellers. 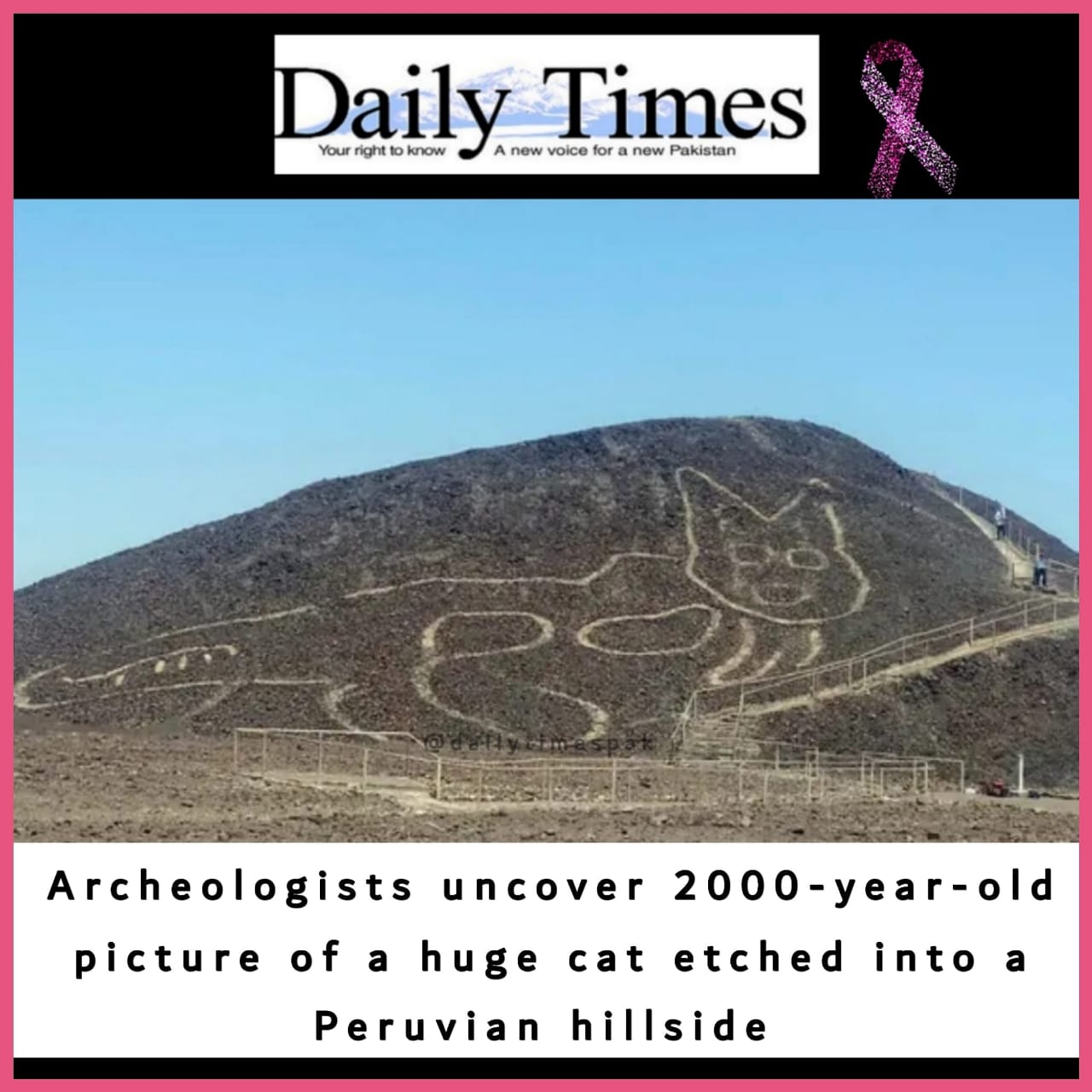 The Nazca lines geoglyph is about 120 feet long and shows the image of a giant cat. The gigantic feline etching stayed hidden under sand on a hill near the Pan-American Highway between Alaska and Argentina.
About 300 figures of plants and animals have been discovered during a maintenance project for clearing the path to a natural look-out point for tourists to view other Nazca lines in the area.

Archeologist Jhonny Isla, who is the in charge manager for the Nazca-Palpa Archeological Park, shared that during the maintenance process, the teams realised there were lines that were definitely not natural. He said, “We realised the access to the look-out point ran over a geoglyph and we decided to alter it because it’s not possible to promote access by damaging heritage.”

In an official statement, Peru’s Culture Ministry said, “the design was hardly visible when it was first identified and was on the verge of disappearing because it was on a hill with a steep slope and was subject to the effects of natural erosion.” However, during last week, teams have worked on cleaning and conservation of the site, after which the huge cat figure on the hills became clear.