The US’s immigration policy shift occurred right after the 9/11 when the US’s visa regime was drastically changed from liberal to restricted. A new policy was drawn through the lens of national security. This provided the anti-immigration forces in the US with a great opportunity to promote their nativist agenda by legislating new immigration laws and introducing strict policies. The then-president Bush and his administration helped the foundation of this neo-nativist agenda that led to the US Patriot Act. 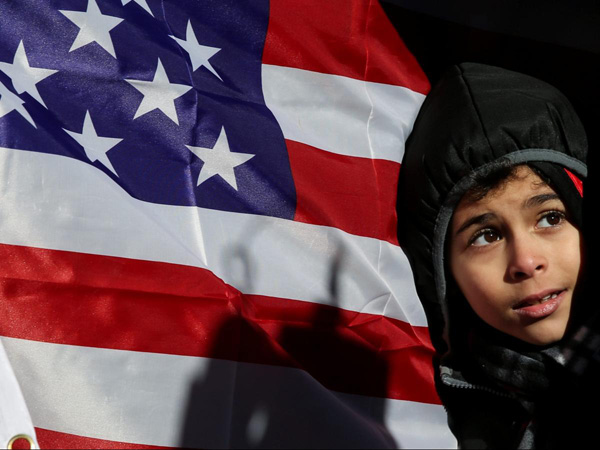 The legacy of the Bush administration on immigration and the so-called war on terror have been carried out through these years. Now, Donald Trump, President of America, launched his campaign with this statement on June 17, 2015:

The above-quoted statement by Donald Trump is an epic example of how America sees immigrants. It once wanted to stop immigration under the name of national security and now under the new wave of populism. With this start, immigration became the topic of Trump’s presidential campaign and a primary agenda. Not surprisingly, Trump’s voters were primed during that period to judge him by how he was going to implement the core agenda.

A close look at Trump’s presidential campaign suggests that initially, the focus of his immigration policy was on Mexico but later his campaign shifted to anti-Muslim terms.

It explains the first week of his presidency when Donald Trump signed the very first version of Muslim ban in America through an executive order. Interestingly, after more than a decade of 9/11, the US President Trump again used the same language and justification to impose travel restrictions on Muslim countries i.e. Iran, Libya, Syria, Somalia and Yemen. The executive order passed on January 27, 2017, started as “PROTECTING THE NATION FROM FOREIGN TERRORIST ENTRY INTO THE UNITED STATES.” Under this executive order, the policy statement for the executive order was stated as:

A close look at Trump’s presidential campaign suggests that initially, the focus of his immigration policy was on Mexico but later his campaign shifted to anti-Muslim terms

Again the language and intention of the immigration policy imposed under Donald Trump administration are quite similar to the policy implemented by President Bush right after 9/11. It shows that since 9/11 the mindset of American policymakers hasn’t been changed.

In contrast, the new immigration policies, laws and reforms are a clear deviation from the principles of American liberty and freedom that was depicted in former president Ronal Reagan speech in 1980. In that speech, Reagan embraced immigration all over the world by saying:

“Can we doubt that only a Divine Providence placed this land, this island of freedom, here as a refuge for all those people in the world who yearn to breathe freely: Jews and Christians enduring persecution behind the Iron Curtain, the boat people of Southeast Asia, of Cuba and Haiti, the victims of drought and famine in Africa, the freedom fighters of Afghanistan and our countrymen held in savage captivity.”

Here, the theme of the message delivered by Reagan while defining America was freedom, opportunity and growth. This is now, unfortunately, replaced with fear, security and restriction under the new immigration policies as we reviewed.

Given the implications of policies and laws introduced in post 9/11 America, the question is whether these changes have achieved the goal of making America safe? It is a matter of fact that despite introducing the harshest immigration system and selective application of the law based on suspicion on Muslim and Arab immigrants, the US government did not apprehend a single terrorist.