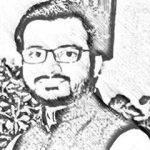 The US’s immigration policy shift occurred right after the 9/11 when the US’s visa regime was drastically changed from liberal to restricted. A new policy was drawn through the lens of national security. This provided the anti-immigration forces in the US with a great opportunity to promote their nativist agenda by legislating new immigration laws […]

Last month, police had arrested thirteen more accused of war crimes in Bangladesh for alleged crimes during the 1971 war. Since its establishment, the international crimes tribunal Bangladesh has been criticised for being used against the opposition parties under the pretext of prosecuting so-called war crimes. A panoptic historical timeline would help the reader understand […]