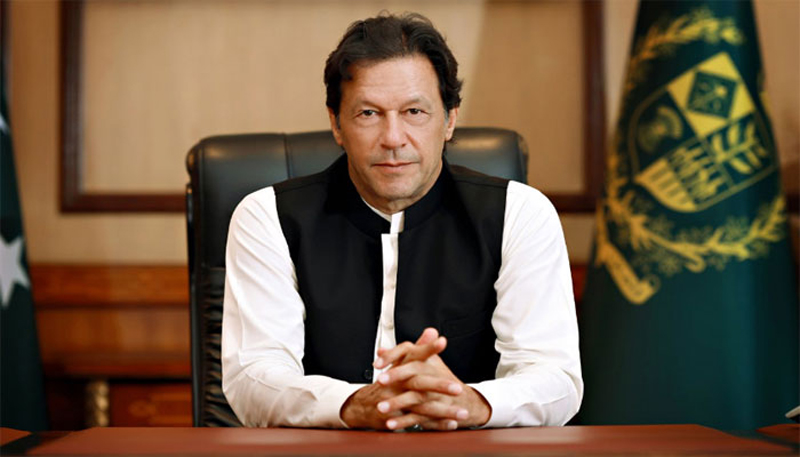 Commencement of these initiatives is aimed at facilitating and empowering donors, welfare organizations and philanthropists by enabling them to play a more coordinated role with the government in responding to the COVID-19 situation.

Addressing the participants, the prime minister said the government was determined to ensure transparency in every rupee donated for the support of COVID 19-hit segments of society.

He said the government was providing confidence to the donors about the transparency of their donations with launch
of related apps and websites.

Upon the newly launched PM website, he said they would publish lists of all beneficiaries. The Ehsaas programme was also firmly rooted in transparency, he maintained.

The prime minister also commended efforts of Dr Sania Nishtar and her team for the success of Ehsaas cash programme under which cash was transferred in complete transparent and efficient way. The cash programme provided much needed relief to the deserving people in these hard times, he added.

He also expressed his satisfaction that Ehsaas web portal also proved successful in financially supporting those who lost jobs during the pandemic.

About the launch of PM Corona Relief Fund website, he said it contained complete information and would facilitate the donors to reach the deserving people directly.

He said due to lockdown, the whole world witnessed an unprecedented situation even, in the United States people waited in long queues to get food whereas in Italy people had been facing hardships in getting food.

The prime minister said if the provinces had asked him for lockdown options, he would have never endorsed for such steps because had a very different situation when compared with Wuhan city of China.

Sharing his experience during his recent visit to Sindh, the prime minister said in Larkana alone, about 20 per cent among the affected were vendors who were also shut down.

The decisions were taken in panic due to pandemic, he said, and cited situation where Modi’s government enforced complete lockdown with the statistics now showing that another 34 per cent chunk of its population was pushed under the poverty line and facing adverse economic situation.

The prime minister further said that due to lockdown, the service sector in the country suffered badly including hotels and marriage halls.

The prime minister reiterated his resolve to transform the country on the model of world’s pioneer welfare Madina state in which, for the first time, focus was made to uplift the conditions of the neglected and downtrodden segments.

About Panagah, he said, the number of shelter homes would be incrementally increased in future to accommodate large number of deserving people.

The prime minister reiterated that it was shameful to watch the labourers and other workforce who used to arrive cities for earning their livelihood and have to spend nights in the open or on roads as they could not afford accommodation.

“The idea for setting up Panagah was to facilitate these people. I have also asked ministers to visit these areas and inquire about conditions of people staying there,” he added.

The prime minister while stressing upon the smart lockdown, said that they were being faced with the challenge to save the lives of most vulnerable, old and those suffering from chronic diseases during these measures and maintained that volunteers of the tiger force would be helpful in this regard.