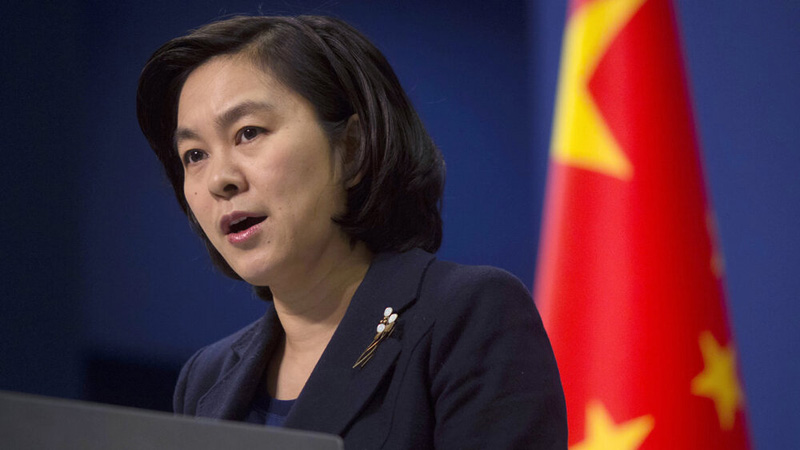 China will continue to provide the best possible help to Pakistan against coronavirus pandemic as both the countries have fine tradition of lending support and assistance to each other in the difficult time, Chinese Foreign Ministry Spokesperson Hua Chunying said on Monday.

“China and Pakistan are all weather strategic cooperative partners and iron friends. We have fine tradition of lending each other support and mutual assistance in the time of adversary,” she said while responding to a question during her regular briefing held here. She remarked that since the outbreak, Pakistan and its people have lent precious and timely support to China immediately. “We will never forget this and we will always bear in mind this precious friendship,” she added.

Expressing concerns over spread of novel coronavirus in different parts of Pakistan, she said, “We totally relate to what they are experiencing.” She said the Chinese government has donated supplies such as testing kits, masks, protective suits and ventilators to help Pakistan fight the disease. “And we will also help Pakistan to set up temporary makeshift hospital. Last week this hospital has been put into construction,” she said, adding that the Chinese side held a video conference with Pakistan’s health authorities to evolve a strategy against the pandemic. “We also invited Pakistan to attend the video conference on Covid-19.”

Referring to medical team organized by China’s National Health Commission and consisting of experts selected by the health commission of Xinjiang Uygur Autonomous Region which is currently visiting Pakistan to provide consultations of pandemic control, patients treatment and laboratory works and guide and train Pakistani medical staff, she said, currently the team is in Islamabad and is working ‘nonstop’. The medical team is likely to stay in Pakistan for around two weeks and will also visit Punjab and Sindh provinces.

The spokesperson said Xinjiang Uygur Autonomous Region has donated supplies to Pakistan while China’s renowned Alibaba Group also provided medical supplies. “In addition, many friendly sister cities and provinces in China also donated the epidemic response and control materials to Pakistan and they are also joined by Red Cross Society,” she added.

She pointed out that assistance and help extended by Chinese enterprises was also on the way, adding, “We will continue to provide our best possible help if necessary.”

Meanwhile, Pakistani and other international students in Wuhan said that they have been receiving good care during the novel coronavirus outbreak thanks to arrangements made by their universities and local authorities.

Hassan Ali, 21, a Pakistani studying logistics engineering at Wuhan Textile University, said that he was unsettled at the start of the outbreak and his family was also worried about his safety. “My teachers supported us a lot, helping us each and every moment,” said Ali, who began his studies in September, China Daily reported. “They raised awareness of the disease, arranged food for us and provided us with masks and all necessary things in our dormitory.”

Ali eventually became more at ease about the situation and told his parents, who had contacted him often every day, not to worry. “I consider Wuhan my second home, and I’m safe and sound,” he said. “Now I’m not worried about the outbreak of coronavirus because I trust the Chinese government will prevail over the epidemic.”

Odongo Odol Richard, 34, a Kenyan student at Wuhan Textile University pursuing a master’s degree in software engineering, said that during the outbreak he was deeply impressed by “the resilience, patience and care demonstrated by Chinese people toward each other and toward foreigners”.

As the outbreak began, Richard was hospitalized due to severe inflammation of his pancreas, which led to him staying in Renmin Hospital of Wuhan University for 52 days. He was discharged on March 6 and placed under 14-day quarantine at his university.

After his admission to the hospital, shortly before the outbreak, his teachers and classmates were with him every step of the way because of his serious health condition, Richard said. Shortly afterward, the city’s lockdown prevented their frequent visits to Richard’s ward although they maintained communication through social media. “University officials and teachers were also in communication with my hospital, my family, the embassy in Beijing, my insurer and Rongo University in Kenya, which sponsored me to come to China,” he said. “I have been receiving a lot of attention and care from different quarters and am truly grateful for all the kindness.”

Richard received periodic updates about the outbreak from a TV in his ward and was moved by the unity of the Chinese people in the fight against the virus.

“I first witnessed human traits in hospital when family members of my fellow patients offered me assistance when they noticed I was incapacitated due to my illness,” he said. “It is a characteristic that seemed embodied by most Chinese nationals I met.”

Many international students studying at universities in Wuhan were evacuated to their own countries after the contagion caused panic in the hardest-hit city. No official statistics are available on the number of foreign students remaining in Wuhan, but one estimate puts them at over 1,000.

Ibrahim Sangare, 23, from Cote d’Ivoire, studies business administration at South-Central University for Nationalities. Sangare said he has told his family about how the Chinese government and people have protected him and his classmates, so they are comfortable with his safety in China. “The university, the Chinese government they do their best to protect us,” Sangare said.

The measures that the Chinese government have taken to protect its people and foreign nationals living in China are impressive, as are the sacrifices of Wuhan residents, he added.