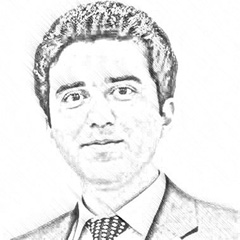 The elusive peace in Afghanistan

The smouldering conflict in Afghanistan has now earned the notoriety for being the longest US war in the unenviable history of its disastrous overseas military misadventures involving immense blood and money of self and others. The unending conflict has claimed lives of 3,495 coalition soldiers since 2001. Furthermore, Brown University’s Cost of War Project puts the total loss of Afghan lives at 92,000 killed during the same period. Apart from the staggering human cost of war, the conflict has cost the US taxpayer around one trillion dollars.

The insurgency-infested country continues to be hit hard, and is continuously haunted by vicious violence and debilitating insurgency raging across the country. The writ of the Afghan state is increasingly on the wane, and insurgents seem more ascendant than ever before. The latest report by the US Congressional watchdog Sigar reveals the extent of the ominously receding writ of the state and territorial gains by the insurgents. The report reveals that the area under Afghan government “control or influence” has decreased to 65.6 percent by the end of May from 70.5 percent near the end of January.

In addition, some 36 of the 407 districts in the country are under insurgent control or influence of insurgents, while another 104 are deemed “at risk” by Sigar. Helmand, Kunduz, Badakhshan, Baghlan, Sar-e-Pul, Faryab, Nangarhar, Nuristan, Laghman, Paktiya, Paktika and Uruzgan provinces are all bearing the brunt of the Taliban onslaught. Demonstrating its operational capabilities and deadliness, ISIS-K wreaked havoc in the capital by carrying out one of the deadliest attacks in Kabul last July. The emergence of ISIS-K in the war-torn country has added a whole new dimension to the insurgency. Worse still, the report of an informal alliance between the Taliban and ISIS-K in Afghanistan is another unwelcome development from the perspective of the ANSF that is creaking under mounting battlefield pressure.

Last month, the deployment of 100 US troops in support of the embattled Afghan forces in Helmand province and the resumption of the operations of the American B-52H Stratofortress strategic bomber in Afghanistan for the first time in 10 years serve as the barometer of the bleak security outlook in the country. Unfortunately, the recent war of words between the Afghan President Ashraf Ghani and CEO Abdullah Abdullah is the manifestation of mutual distrust and policy difference in the tandem political dispensation held together by Washington’s glue.

Due to insurgent attacks increasingly growing in frequency and lethality, and counter insurgency operations by Afghan security forces and US forces, civilians have been the worst-hit by the surge in violence. According to the UN Assistance Mission in Afghanistan (UNAMA), civilian casualties in Afghanistan touched 5,166 during the first half of current year witnessing a four percent increase. It is pertinent to point out that a couple of months ago there were tangible indicators that peace might be in the offing. On July 7, 2015, Pakistan brokered the first round of what was described as the ‘two plus two plus one’ or the Murree Peace Process, and the later formation of the Quadrilateral Coordination Group (QCG) ignited a much-awaited flicker of hope for the prospect of peace.

However, both initiatives have fizzled out with escalating military and diplomatic tension between Pakistan and Afghanistan, as reflected by frequent border closures and deadly border clashes. Unjustifiably, Afghan government and its western backers have reverted to Pakistan-bashing in order to cover up their own failures. Pakistan does have legitimate interests accompanied by due obligations to fulfil in relation to peace and stability in the country. Nonetheless, Islamabad cannot be singled out as a scapegoat because it itself is at war with insurgency and terrorism under the banner of the on-going operation Zarb-e-Azb. Pakistan remains critical to peace process in Afghanistan, but Islamabad does not hold any proverbial key to the elusive peace in Afghanistan. Pakistan may have some influence with Taliban, but for Afghanistan and the West to confuse it with total control defies logic, and is unhelpful in turning the rising tide of insurgency.

Considering Taliban’s battlefield victories and reduced footprint of international coalition forces in Afghanistan, the group is not likely to return to the negotiating table. It is the war of attrition, and much depends on the ANSF’s capacity and performance. If security forces are able to roll back Taliban’s territorial gains, Taliban leadership may adopt some political options creating space for peace talks. Besides, Afghanistan’s cooperation rather than confrontation with Pakistan, sustained international support and good governance in the country can turn the tide against insurgency, which is the main hurdle in the way of tapping Afghanistan’s immense potential as a ‘land bridge’ critical to regional connectivity and commerce.

Arguably, the ominous security trends, multiplicity and magnitude of Afghanistan’s challenges of governance do not bide well for peace and stability not only in Afghanistan but also for its immediate neighbourhood. Seen from a historical perspective, the centuries-old constant of ‘conflict’ in Afghanistan is the catastrophic consequence of the lack of the elite consensus on a power-sharing mechanism and an inclusive governance culture, in addition to foreign invasions and proxy warfare due to ethnic and political polarisation in the country. Thus in the light of the demands of the 21st century, the Afghan elite needs to arrive at some sort of a workable solution to the above-mentioned structural problem that is antithesis to peace and prosperity in a polity.

The writer is a PhD scholar at the National Defence University, Islamabad, and can be reached at mahar.munawar2016@hotmail.com