Coastal development and its direct impact on Pakistan

The development of coastal areas is challenging and, at the same time, very important for any state that possesses a coastline. That is because a coastline is not only a gateway to multiple resources that are present below the water,it also helps a country in maintaining its strategic importance in the world.

Change and development are the phenomena that usually occur together. As it is seen throughout the history, cities and countries loacted near seas or rivers develop faster, and also help other areas to develop with their trickledown effect.

Pakistan can be taken as one such example where the coastline remains unexplored and exploited.Pakistan has a lot of room to develop its coastal belt and facilities and services along the belt. But to do that there is a requirement to attract investment, from both public and private sectors, to support development.We can initiate progress with activities around Gwadar, a promising harbour; Pasni, a fishing port; Ormara, an educational oasis; Jiwani, and other coastal towns. As part of water management in coastal areas, construction of dams on Hingol and Dashtrivers and other non-perennial rivers isthe need of time. 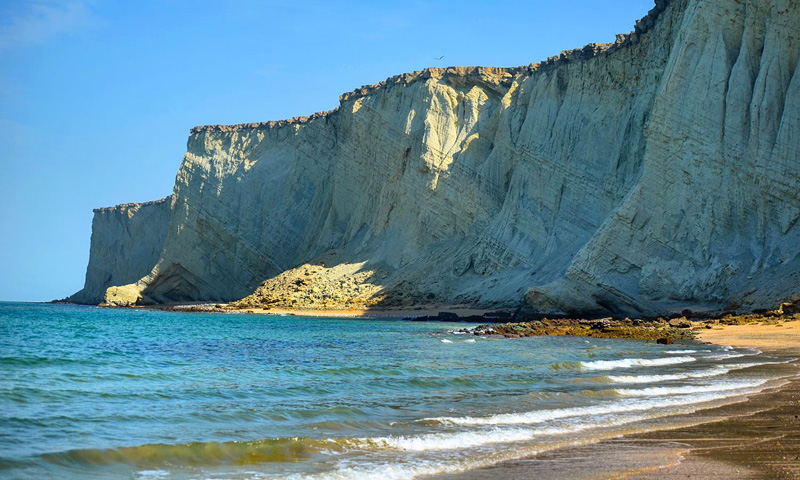 Development of our coastline would help uplift our coastal community’s socio-economic conditions.As areasdevelop, there would be more opportunities for the local people to exploit and attain upward mobility.They have been perishing in poverty for decades and have been isolated as far as their standard of living and economic stability is concerned.

At the same time, while promoting these developments and evolution of our coastal landscape we must ensure protection and sustainable development of the coastal zone and resource exploitation-livingand non-living-asan important national asset for the present and future generations of Pakistan. Land use planning in coastal vicinities should ensure a balanced use of coastal space and environment, and protection of coastal areas from natural hazards, storm surges, sea-level rise, and other external influences.

Overdevelopment for tourism often has a greater impact as tourist developments are located at or near fragile marine ecosystems. For example, there has been loss of mangrove forests in Pakistan. Mangroves are custodians of nature as they ensure a safe and healthy breeding ground for marine life and purify the air of pollution.It is an imminent concern; Pakistan was ranked among the top in the world for mangrove habitats, but that number had been declining in the recent past.Our authorities along with civil societyare trying to control that.

Overbuilding of tourist facilities is one of the major issues, but the damage doesn’t end withconstruction of tourist facilities. Some resorts empty their sewage and other wastes directly into water surrounding coral reefs and other sensitive marine habitats, andthat has endangered our marine eco-system. While developing one sector we must ensure that our natural habitats andone of the most vital industries related to that are not disturbed or destroyed.

Pakistan must adopt a pragmatic and sustainable growth pattern for its coastal belt development to ensure that development of one sector does not take place in isolation.It should be in sync with all developments undertaken, and they should all complement one another. The trifecta of man, nature and nurture is symbiotic.

All stakeholders and people of concerned authorities should be taken on board so that solutions and recommendations can be easily amalgamated for the way forward to make Pakistan a hub for economic activities through its coastal zones.It would help to uplift coastal communities by developing coastal areas and sustainable coastal tourism by understanding that the relation of man and environment is interdependent, and one cannot be developed at the cost of other.

The mandate of the newly developed national development council under which national coastal development authority has been established would also play a major role in synchronising and aligning the flow of funds, availability of resources and implementation of sustainable development practices. It would act as an over-all umbrella under which actions and policies would be swift and route to development would be fast tracked.

The writer is a researcher at NIMA, Karachi