Well, I feel compelled to be left of the left due to the conditioning of centuries, I have been subjected to… 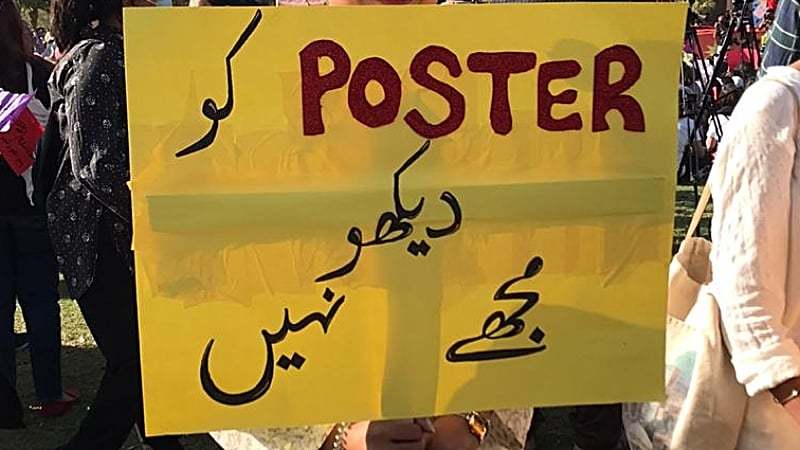 However, at the same time, it seems as if they are deriving negative connotations & context of the controversial slogan and are duly afraid of self-assumed repercussions resulting in waywardness & promiscuous behavior which will definitely disturb the ecosystem of society and its progress, giving rise to dire implications such as distorted family pattern and much more.

While doing so they are being completely oblivious of the fact that this “Attire to Assault” theory can end up becoming a prelude to frustration leading to escalated gross acts ranging from ogling to honor killing.

Amid controversies and consequent bombardment of information based on He Said, She Said, googling was the last resort to find the truth. Robin Stevenson popped up on the screen as soon as the keywords of the slogan were entered and it further revealed that He is the author of more than twenty-five books for kids and teens, including The “Summer We Saved the Bees and Pride Colors”. Robin lives in Victoria, British Columbia and is an author of a famous book “My body, My Choice” which is a well-researched book. And it goes without saying that It is meant to be for those who seek clarity, comprehensive information from the perspective of the reproductive rights movement in Canada which is not only a taboo here but pertains to certain religious commandments and strict compliance to the guidelines provided in the Holy book encompassing code of life.

Moreover, social media is also inundated with stories saying that the very slogan is derived from a Red Light area’s movement in Brazil run and cherished by prostitutes.

This was the time to think of ways to promote tolerance in a society which could appreciate the norms like Freedom of thought, freedom of expression, Right to vote, Right to inherit, Right to choose, Right to say and provide a shield against what is keeping the fair sex devoid of basic human rights. The only weapon which could help me see the end of the ordeal is “Right for Education”

It is more about equilibrium rather than equality which can be achieved only by believing & endorsing the truth that both genders fairly deserve to be modest, loyal, opinionated & free from objectification & dehumanization.

The writer is a seasoned educationist and a research fellow with a dynamic professional career spreading over 22 years of work experience including seventeen years of High School/O/A Level teaching and six years of administrative experience. He can be reached at kashfibutt@gmail.com