The Aurat March has concluded in various cities across Pakistan. 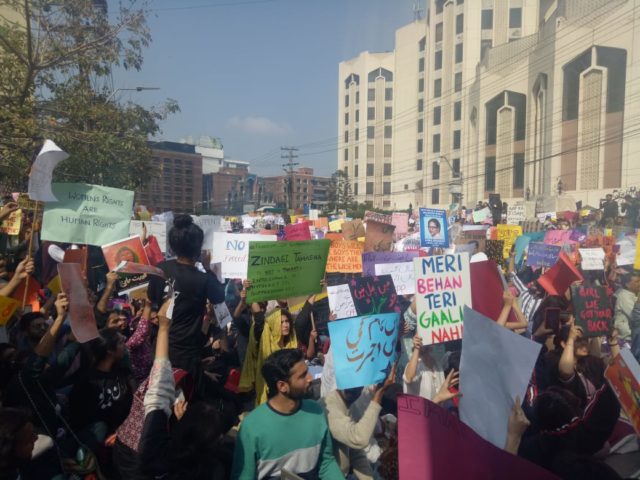 Men, women, and children across the nation took to the streets on Sunday to rally for better protection of the rights of women and minorities. 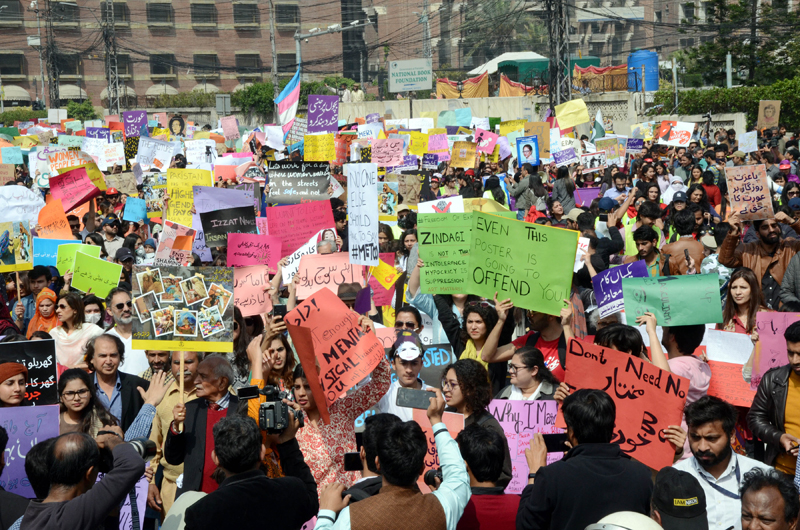 Campaigners for gender equality marked International Women’s Day on Sunday with protests, discussion panels and walkouts as well as celebrations scheduled across the globe.

Undeterred by those trying to shut our voices and our March, we, along with all our supporters are at D-chowk right now.

The first Aurat March was held in 2018 in Karachi. Last year, it was extended to more cities, including Lahore, Multan, Faisalabad, Larkana and Hyderabad.

Aurat March takes public safety very seriously. We have been working to ensure all necessary steps are taken to ensure a safe march for all our participants, including communicating with authorities. We are hopeful that #AuratMarch2020 will be more accessible and safer than ever. pic.twitter.com/ngif6sMiaY

Participants of the Aurat March gathered outside the National Press Club at 3pm, where the ‘Haya March — which was held by Jamia Hafsa students — also culminated. In order to avoid clashes, authorities had erected a tent between the two marches.

However, after the Jamia Hufsa students ended their march, the male participants took down the tent and started throwing stones, injuring at least one member of the Aurat March, Dawn reported. The situation was soon brought under control by police.