How misogyny is creeping into our mainstream Media?

For quite some time now, the numbers of feminists have been increasing in our society. This was a positive development in the decade of horror and violence that our people went through. That’s why whenever some horrific or terrible thing happened to the Woman; the number of sane voices supporting the victim kept rising. It also gave courage to more victims, who in the past had silently suffered the suppression and oppression from the misogynists, to come forward and expose the villains in their stories. If there were some antagonists towards the feminists, they kept their tone soft in fear of the outbursts from the enlightened class of our society. 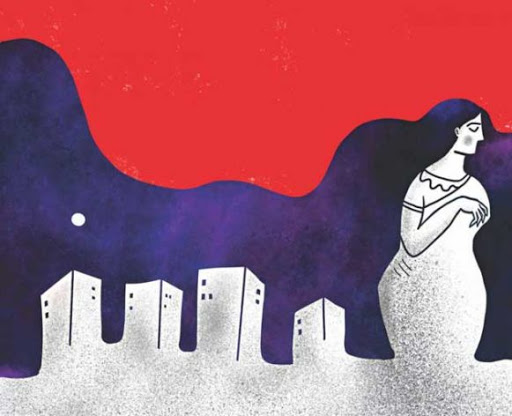 Just when we thought that we were on the [right] path to reaching our goal of becoming an enlightened society, free from the clutches of obscurantists, the reality hit hard on our faces. This happened when a drama writer, we least expected to do something abominable, spewed venom against the woman, that too sitting on the mainstream media. All of a sudden, people henceforth keeping their misogynic sentiments inside, got the audacity to be vociferous in showing their biases against the woman. The social media was littered with oppressing statements against the woman and dogmatists seemed to be celebrating on newly found [seemingly] writer-cum-intellectual in their lines. There were also some sane voices condemning the statement of that misogynist but these voices were gagged by the tag of being called pseudo-liberals and un-religious people. Also, the enlightened and educated ones keep their tones soft while taking on someone publicly, thus giving the conservatives a false impression of weakness.

The start of the story can be traced to some months back, when a TV serial by the same drama writer, got hit and gave him the unprecedented popularity and audience. In the same drama, the character of the woman was shown disgusting and a thing meant to do treachery, and therefore always must be kept in check. Where the writer was censured for showing the woman in such a bad light, he also managed to win a good number of misogynists to his defense. His aficionados in public time and again would push him to speak on this controversial subject. Looking to placate his fans and conservative parts of the society, he wouldn’t let go of any opportunity to show his misogynic opinions and rustic attitude towards the woman. This time a TV channel invited him to give an opinion on the upcoming ‘Aurat March’, where a number of women come out to show solidarity for the woman who suffers day in day out the heavy-handedness of the Man. He blatantly used abusive words against a woman rights activist. Although, the latter is also known for her blunt and abusive language used for her opponents on Social Media. But that doesn’t give anyone a license to use derogatory language against her or any other woman.

If we try to ferret out the reasons for the renaissance of such misogynists on our mainstream media, we would find that people who are responsible for this contagious scourge are not well versed about the subject of women rights. To give an example, the primary objective of a TV serial is to entertain the general public. The accomplishment of this objective also ensures a handsome earning for the writer and producer of the drama. But when a prolific drama writer starts lecturing the feminists and belittling the woman on public forums, he’s just cashing his popularity by treading the path he’s not meant to. The situation would further aggravate when the general public also starts according to his statements on the authenticity of the social issue, just because he writes good dramas.  The best thing for him is to leave this subject to people struggling to purge the social vices from our society. It would also enlighten him if he gets reports on woman violence from some local police station if he believes that Media reports are tilted towards the woman.

The writer is a Financial and Political Analyst. He can be reached @eshaqrasheed