In November 2018, Indian Prime Minister Narendra Modi proudly announced that India’s nuclear triad was complete after the INS Arihant, India’s first nuclear-powered submarine, successfully completed its deterrence patrol. Although it was considered a significant milestone in India’s nuclear capability, the submarine does not considerably add up to India’s second-strike capabilities. There are still various issues related to its capability, capacity and effectiveness when comprising of an otherwise key dimension of the nuclear triad. 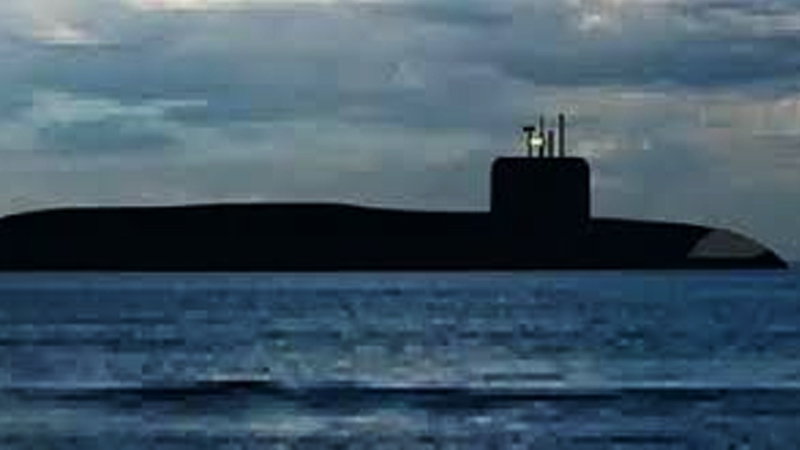 A nuclear triad consists of a three-dimensional capability of launching nuclear missiles from land, air and from undersea. It is very easy to detect land and air launch platforms with sophisticated technology and ground-level intelligence. In theory, an actual nuclear deterrent for a country would depend upon a system that is very difficult or impossible to detect. Such a possibility is offered by a nuclear-powered submarine which, unlike a conventional diesel or electric submarine, has the capability to remain underwater for longer durations of not only weeks but even months. It becomes nearly impossible to detect a nuclear-powered submarine due to its maneuverability and submersion capacity. Deterrence patrol is not a short time affair as in order to assure continuous deterrence – via an adequate second-strike capability – it is necessary that at least one SSBN (Nuclear powered submarine equipped with a ballistic missile) deployed at a readiness level of continuous alert constantly remain under-sea. In principle, it would require more than one SSBN for India to ensure that at least one such platform is deployed at sea for a continuous period of time. The INS Arihant has a limited capacity of an 83-megawatt nuclear power plant and has a very short refueling cycle which affects the submarine’s speed and endurance. India, by inducting the INS Arighat in the Arihant class is aiming to enhance such capabilities through incorporating additional submerged platforms as part of its deterrence patrol stratagem. The only hurdle in this scenario would be India’s economic commitment to the cause which remains overburdened with other projects aiming at military modernization. Beyond nuclear submarines and attack submarines, India’s desire to replicate an America-like naval arrangement or the United Kingdom like submarine signature requires extensive financial and technical evaluation of a second strike ‘deterrence patrol’ program. Hence India is still on its way to form a blue water navy.

Deterrence patrols also require that naval nuclear platforms always be in a heightened state of operational readiness in order to assure a viable second-strike capability. The INS Arihant is equipped with K-4 missiles with a range of 3500 km and K-15 (Sagarika) missiles with the range of 750km to 1500km. In 2018 there were reports that an accident might have damaged

the INS Arihant. According to the news, the Arihant was about to sink because its propulsion compartment was flooded because a hatch was left open by mistake. According to The Economic Times there exists an upsetting partition between the military authority and the nation’s political leadership. Such an error, actual or speculative, is evidence enough that there are certain serious shortcomings within the Indian Nuclear Command Authority as the news of the Arihant’s absence from operational duties came to the political council only after the Indian navy requested the precautionary advanced deployment of the submarine, following the Doklam standoff with China. Hence, India’s political leadership was already faltering over one leg of its strategic triad when it was crucial to its policy goals.

Such an incident reveals not only the professional incapability of Indian navy but also depicts the dangerous gaps that exist within its civil-military relations, specifically within India’s nuclear command and control authority.

Hence, training and personnel readiness are as important as the ability of decision-makers to foresee any ‘accidents’. If the Arihant did not sink but still lost its operational consistency due to a ‘minor incident’, not being able to reconcile such a scenario reveals much about the checks and balances pervading throughout India’s nuclear command hierarchy. Without Submarine Launched Ballistic Missile (SLBM) technology at their disposal and a faltering management of its nuclear submarine, it becomes an uphill task to comprehend the overall efficiency and efficacy of such second strike parameters.

In order to fulfill its hegemonic designs, India aims to build six nuclear-powered attack submarines and long-range k-series SLBMs such as k-5 (5,000km range) and k-6(6,000 km range) which India still seems a little far from acquiring. Pakistan however has already built the Baber-3 or Hatf V-II (submarine-launched cruise missile) with MIRV capability in response to India’s growing submarine capability. Even though India successfully test-fired the K4 missile in January 2020 presenting it as a major milestone, the missile range is still sub-optimal because it would require the submarine to operate on the northeastern fringes of the Bay of Bengal. Hence, requiring these submarines to travel round the Burmese and Bangladeshi littoral waters in order to target China’s vital economic and political hubs.

Hence, unless India is able to deploy an SSBN fleet with missiles capable of reaching inter-continental ranges (such as those offered by the k-5 or k-6), its sea-based deterrent credibility will remain incomplete.

However, all these limitations are being readily addressed by India as it is expected to commission Arighat in 2020 and will also conduct various long-range missiles tests in the near future to further enhance its existing naval capabilities.

The writer is working as a Research Affiliate at the Strategic Vision Institute, a non-partisan think-tank based out of Islamabad, Pakistan.