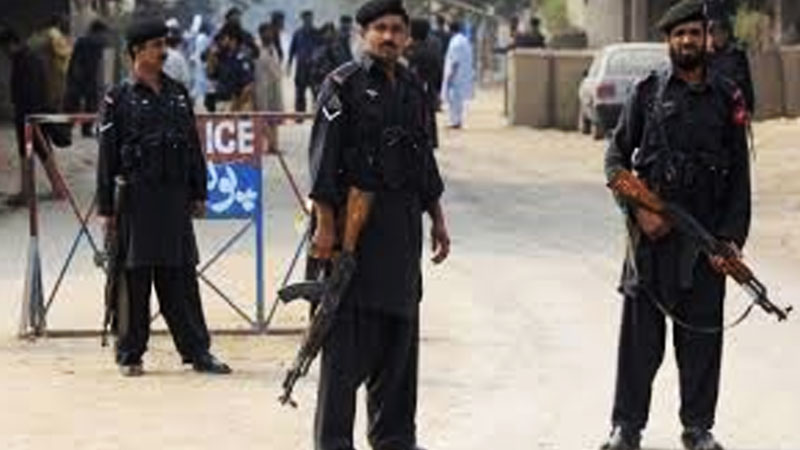 As many as 108 people fell victim to ‘honour killings’ in Sindh last year, according to a police report released on Friday.

The report, compiled by the police, recorded statistics from January 31, 2019 to January 30, 2020. According to the report, 126 people, who were suspected of being involved in the ‘honour killings’, had been arrested. Challans of 81 cases pertaining to ‘honour killings’ were presented in courts while 32 are still being investigated.

The courts are hearing 73 cases of the crime, while three have been thrown out.

Over the same period, 132 women were murdered for different reasons, the report said, adding that 174 suspects had been arrested. Police had presented challans in 87 of the cases, while 42 were still under investigation. In six cases, police were unable to find any evidence, the report said.

Out of the cases brought to courts, six were dismissed, while 75 are being heard.

Three cases of acid attacks on women were registered with the police, in which two suspects had been arrested. One case is still being investigated while the other two are being heard by the court.

Furthermore, 1,158 cases of kidnapping of girls were registered with the police, out of which 249 were closed after it was found that the women had married of their own free will. Police arrested 550 suspects and 358 cases are being heard by courts.

Another 466 cases were still being probed by the police. In 26 kidnapping cases, no leads had been found while 20 others were declared ‘fake’.

Police also recorded 128 cases of physical torture against women over the past year and arrested 136 suspects. The challans of 72 cases were submitted in courts, while 45 cases were under investigation. About 64 cases are being heard by the courts. One case remains unsolved as police were unable to find evidence, while 14 were dismissed.

At least 95 cases of rape of women were registered over the past year, out of which 40 were being probed. Police admitted to have failed to make any headway in one case, while they also claimed to have arrested 92 suspects and presented challans of 42 cases in court, 37 of which are being heard. Five rape cases were thrown out, the report said. According to the police data, seven women had been subjected to gang rape. Nine suspects had been arrested for the crime while the challans of four cases were presented in court. Three cases are under investigation and two are being heard.

Additionally, six criminal cases of minor girls’ assault had been reported in the province and police had arrested 11 suspects. Challans of four cases were submitted in courts, while one is still being investigated.

The report also states that 41 cases of criminal assault of boys were also recorded by the police, out of which 18 are still under investigation. Police had taken 58 people into custody over suspicion of involvement.

The challans of 22 cases had been submitted in court. A dozen cases are being heard by the court. No evidence was found in one case while two others were cancelled.

The report further states that 66 cases of children’s kidnappings were recorded in which 64 people had been arrested. Police had presented the challans of 14 cases and were investigating 41 others. About 17 cases were being heard by the court. One of the cases remained unsolved while three others were cancelled.

Meanwhile, six cases of sectarian violence were registered over the past year. Eight people were arrested and four cases are being heard by courts, the police data says.

Four people were arrested in the three cases pertaining to torture of members of minority groups at worship places, police said. One case is still being investigated while the challan of another had been presented in court.

Furthermore, six cases of ‘forced labour’ had been registered and police had arrested 19 people who were suspected of being involved. Police had presented challans of three cases while two are being heard by the court. Two cases were cancelled.

Two cases pertaining to child labour were reported and seven people had been arrested. Both cases were under investigation.

The police data showed that model courts, which were recently established in Sindh under the directions of Law and Justice Commission of Pakistan, had awarded punishments in 5,522 murder cases and 8,988 narcotics cases. Police had produced a total of 65,950 witnesses in the said cases. The police claimed that this was the first time that courts had wrapped up so many criminal cases in the province.

Former chief justice of Pakistan Asif Saeed Khosa had taken the initiative of establishing model courts across the country to ensure speedy dispensation of justice.