You must extricate yourself from steel-frame? 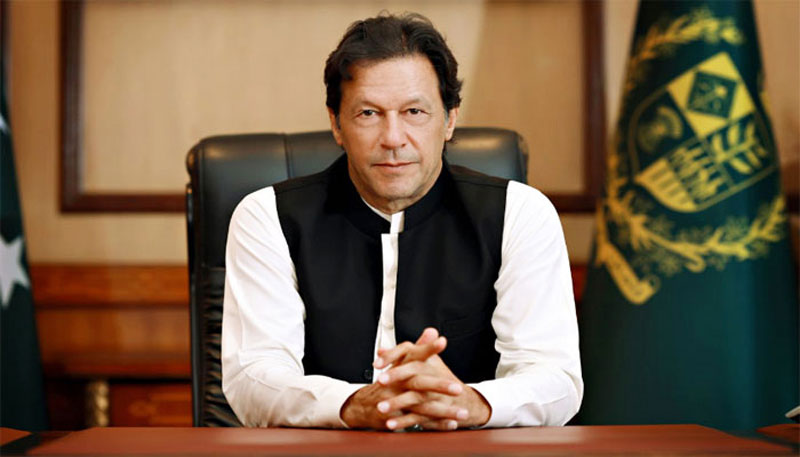 Dear Prime Minister, your transition from a cricket star to a passionate philanthropist to an exuberant chief executive of a country currently riven with power politics has been phenomenal. But something seems to be a miss since you ascended to the coveted throne in August 2018. You seem to have frayed in the maze of power politics – overtaken by a creeping coup led by the guardians of the colonial legacy – the brown sahib.

You most probably overlooked the risks associated with the systemic parasites and political parachuters. Both are lethal; the parasites stymy growth and eat from within to engineer gradual death.

Parachuters bring with them an element of awe which they use to their own advantage but to the detriment of the one who embraces them. The classical novel The Prince by Machiavelli carries several references to such phenomenon.

In the chapter 12 Summary and Analysis the novel speaks of the “Arms” that the prince needs to defend the state.

“They are the prince’s own, mercenaries, auxiliaries, or a mix of the three. Mercenaries and auxiliaries are dangerous and unreliable. If a mercenary is talented, he will always be trying to increase his power at the Prince’s expense. If he is incompetent, he will ruin the prince.”

An equally instructive excerpt reads, it must be remembered that there is nothing more difficult to plan, more doubtful of success, nor more dangerous to manage than the creation of a new system. For the initiator has the enmity of all who would profit by the preservation of the old institutions and merely lukewarm defenders in those who would gain by the new ones.

Wish you had read The Prince to foresee what lay ahead on the road to people-centric reform of the colonial era bureaucratic structures.

Bureaucracy currently seems to be your major army. De facto power seems to rest with the bureaucrats – both at the PM’s office as well as institutions such as the Election Commission, and Intelligence Bureau (IB), which is headed by a person known to have been close to PML-N. The IB head had been sacked by the caretaker government but closeness to one of your closest aids got him back to the top of the IB.

Why would, by the way, the bureaucrats be loyal to their state – read state – function if you continuously mock them day in and day out?

You had been on a mission to cut them to size but the masquerading bureaucrats successfully exploited your philanthropic instinct to literally control the system and stall reform.

Bureaucracy – from patwari to federal and provincial secretary as well as the police – is first point of contact for service delivery. If they gang up they can gag you. This is what is happening right now – a lumbering governance structure stalling your plans.

With this, your moral and political authority is eroding by every single minute for the simple reason that the desired incremental shift of the system is not taking place and instead being run on the obsolete piecemeal engineering model.

Is it a bureaucratic coup or the inefficiency within party ranks which has led to the elevation of a bureaucrat to the post of Chief Election Commissioner, usually held by a legal brain?

Should we ascribe the repeated crisis – sugar, cement, wheat flour, gas as well as abrupt and frequent postings/transfers’ of police officials – to the inefficiency of your major army i.e. bureaucracy, the ministers or the non-cooperation of your eyes and ears i.e. Intelligence Bureau (IB)?

With the literal demobilization of the IB – stuffed with favourites and supporters of your political opponents, your government has lost the support of an agency that worked as the early-warning entity for previous governments.

If the IB could manage to record serving general’s phone conversations during your 2014 Dharna, and if the previous government could mobilise the IB to shield Sharif from the fallout of the Panama Papers, why couldn’t it provide early warnings on the multiple food crisis, the Maulana Fazlur Rehman sit-in or help in preventing the fiasco around the army chief’s extension? Was it a conspiracy to discredit the military, and have we figured out who motivated this because all the initial documentation went out of your office?

What is the status of the enquiry you ordered in January 2019 into the 7 million dollars paid to lobbyist Robeto Global during the Sharif government?

What did the PTI itself or the IB do to counter the PTM or pre-wan on the emergence a synchronised student union movement?

Respectable Prime Minister, these are just a few examples of how your governance is being crippled and discredited. Where is the accountability of those responsible for denting your reputation and stone-walling reforms?

The depoliticizing of bureaucracy and other state institution is necessary and should be rigorously pursued by your government but what to do if they had previously been heavily politicized and stuffed with loyalist. It needs gradual approach to systematically depoliticize and not left on their own uncontrolled serving interest of their masters. Your salvation lies in recourse to the ideals through the formative core team and not by the guardians of the colonial legacy, the steel frame of British empire, the brown sahib – who are not different from the self-serving, dangerous and unreliable mercenaries and auxiliaries of Machiavelli’s PRINCE. Imminent political demise stares you in the face if you continued to rely on people whose hearts and minds resonate with your erstwhile opponents.