Fearing for their lives a couple who tied the knot of their own will reached Islamabad from Ghotki district Sindh, wanted protection from their relatives who have had declared them Karo-Kari and were planning to kill them. 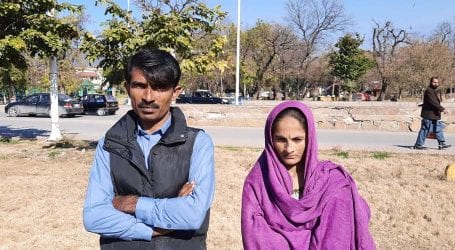 The couple said, their marriage had sparked enmity between their families who had declared them Karo-Kari and wanted to put them to death. Ghulam Rasool Bhutto flanked by his wife, told that he had contracted love marriage with a woman, out of his caste.

Notably, Karo-Kari is a type of premeditated honour killing, which originated in rural and tribal areas of Sindh, Pakistan. The homicidal acts are primarily committed against women who are thought to have brought dishonour to their family by engaging in illicit pre-marital or extra-marital relations. In order to restore this honour, a male family member must kill the female in question.

In addition to its persistence in areas of Pakistan, there is evidence that karo-kari may be increasing in incidence in other parts of the world in association with migration. Moreover, perpetrators of ;honour killings’ often have motives outside of female adultery.