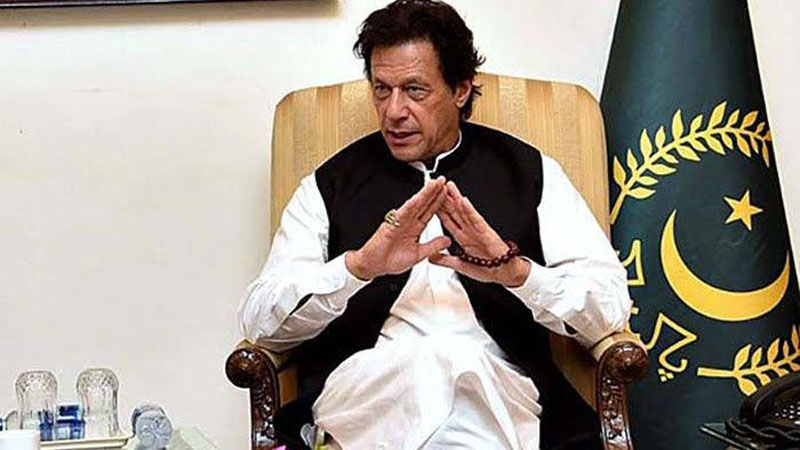 Prime Minister Imran Khan Sunday directed the governments of Punjab and Khyber Pakhtunkhwa to set up temporary shelters for the down and out people in this extreme cold weather, who could not be accommodated in the existing Panagahs.

In a tweet, the prime minister said given the extremely cold weather conditions, he has asked the chief ministers of Punjab and KP to ensure that no person is left out without shelter. “Their administrations must take immediate action to provide temporary shelters plus food for those who cannot be accommodated in existing Panagahs,” the prime minister said.

The establishment of Panagahs was one of the foremost projects executed by the Pakistan Tehreek-e- Insaf (PTI) government soon after it came to power after the prime minister directed to establish shelter houses in the federal capital and different cities of Punjab and KP.

The Punjab government has already established Panagahs on five locations in Lahore, including Railway Station, Thokar Niaz Baig, Badami Bagh, Data Darbar and Lorry Adda, with two more in the pipeline. The provincial government has decided to build shelter homes in 36 districts to accommodate the needy and homeless people.

Similarly, the KP government is also providing roof and food to the homeless people in different cities, besides the federal government that has also established a couple of such facilities in the capital city.

The article is followed by links to another three articles including “13 of the best things you must do in Pakistan”, “Pakistan’s 7 most beautiful mosques” and “4 experiences that will make you fall in love with Pakistan” published by the same magazine in the recent past depicting Pakistan’s culture, traditions and heritage.

Meanwhile Punjab Chief Minister Sardar Usman Buzdar on Sunday visited Pannahgah on Thokar Niaz Gaig. Provincial Minister for Information Fayaz-ul-Hassan Chohan, MPA Nadeem Bara, Secretary Information and Deputy Commissioner also accompanied the Chief Minister. He met with the people in Pannahgah and mingled with them. He individually shook hand with people and sat on the floor with them. The Chief Minister also took his dinner with them and praised the standard of Biryani and Zarda. The Chief Minister also inquired about the problems being faced by the people in Pannahgah. The Chief Minister listened their problems and assured them for their early solution and directed the concerned authorities for the redressal of their grievances. Chief Minister also went to the kitchen of Pannahgah. He also inquired from people about the facilities being provided to them in Pannahgah. The people expressed satisfaction over the facilities being provided to them. Citizen from Okara lauded the arrangement of Pannahgah. An aged citizen told the Chief Minister that he is meeting with him second time and you have pain for other. The Chief Minister also inspected the various rooms of Pannahgah. While talking on this occasion, Usman Buzdar said that a welfare project like Pannahgah is a commendable step of PTI government. Pannahgah provides relief to those who have no place to sleep at night. He said a large number of people have so far been stayed in these Pannahgahs. Providing such facilities to helpless people is the responsibility of the state. He said that scope of such welfare projects like Pannahgah is being expanded throughout the province. Pannahgahs are being constructed in hospitals as well. He said that serving poor and helpless people is the center point of our politics. He said that our government provide roof to those who slept under open sky. It is not a favour for them but it is their right as this has been instructed by Allah Almighty. The Chief Minister said that more Pannahgahs will be established on the instructions of Prime Minister Imran Khan for protecting the people from extensive cold who slept on the roads.