LAHORE: Punjab Police on Friday raided the residence of Hassan Niazi, Prime Minister Imran Khan’s nephew, as pressure grew to arrest him for his alleged involvement in the lawyers’ violent protest at the Punjab Institute of Cardiology (PIC) on Wednesday. 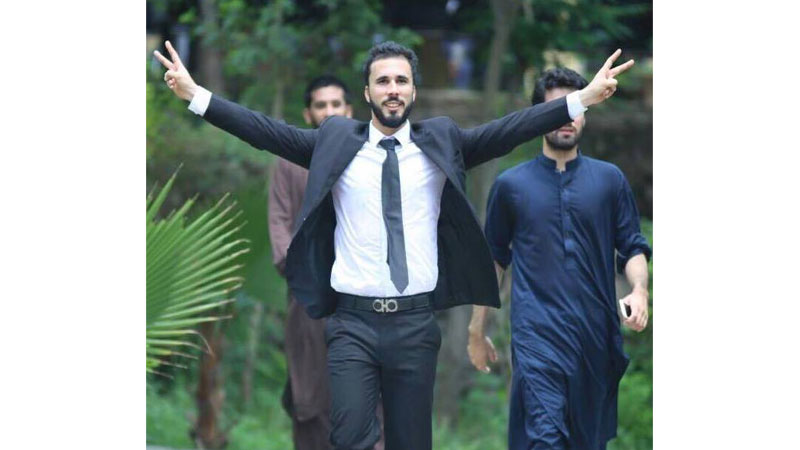 The deputy inspector general (DIG) Investigations said that Niazi could not be arrested by the raiding party “as he was not at home”.

According to reports on social media, police have raided Hassaan Niazi’s house in a bid to arrest him regarding the attack on Punjab Institute of Cardiology. The lawyer, however, was not at home at the time of the raid.

Meanwhile, the police have identified two lawyers who were involved in aerial firing outside PIC. They were identified as Malik Haseeb and Azam Mayo. Raids are being conducted to arrest the accused.

On the other hand, the police have presented four more lawyers in the anti-terrorism court. Lawyers continued the boycott of courts against the arrest of their colleagues.

The rampaging lawyers thrashed medical staff and attendants and vandalised the hospital. The mob also roughed up provincial information minister Fayaz-ul-Hasan Chauhan when he got to the scene and tried to negotiate with the lawyers.

Prime Minister Imran Khan’s office launched an investigation into the incident. “It is a shame that some people would go and attack a hospital,” his spokesperson Nadeem Afzal Chan said.

The case has been registered under various sections of the Pakistan Penal Code, including 322 (qatl-bis-sabab), 452 (trespassing), 353 (assault to deter public servant from performing duty), 354 (assault on woman to outrage her modesty), 148 (rioting with deadly weapon), 395 (dacoity) as well as Section 7 of the Anti-Terrorism Act (ATA).