A contemporary perspective to the book of medicine

* Today, various teachings of Islam are being studied with a contemporary perspective to make them more applicable in the modern world 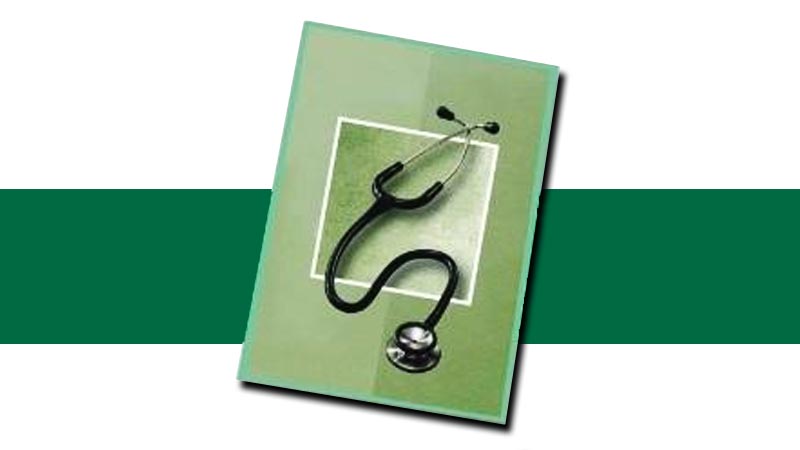 Islam is a religion that has guidance for all walks of life. The relationship between spiritual wellbeing, which forms the core of Islam and the physical health is obviously interwoven.

Thus the Prophet of Islam (peace be upon him) also spoke about the concept of illness and cure, giving certain guidelines and health tips. Throughout the centuries, Muslim scholars and health practitioners further experimented upon this ‘Islamic/Prophetic Medicine’ (TibbIslami/Nabawi) and tried to explain and integrate it with the medical concepts of their era, which were mostly based on the Greek medicine (TibbYunani). As a result, the ‘Islamic Medicine’ became complicatedly intermixed with the medieval medicine over the time.

Today, various teachings of Islam are being studied with a contemporary perspective to make them more applicable in the modern world. Islamic finance, economics and banking are pretty successful fields in this regard and are being taught at the leading institutions across the globe. However, many other aspects of Islam still require considerable research by scholars who have (or can make use of) expertise in the relevant Islamic sciences as well as the modern sciences.

Islamic Medicine is one such field!

Although some of its recommendations (eg Hijamah) have gained observable popularity, the mainstream medical community is largely disengaged.

Indeed, the modern Medicine has advanced unbelievably and continues to do so. Yet, it has its own struggles, such as a myriad of challenging diseases (including many chronic diseases) and high costs. Thus, many patients (especially in a country like Pakistan) resort to alternative health practices, many of which are potentially unsafe as they aren’t duly regulated. If the Muslim Medical community shall engage with the Islamic Medicine, studying and analyzing it as per the modern scientific standards, it could perhaps come up with some effective and more feasible ways to improve health and cure certain ailments. This could be a commendable contribution not only towards the Muslims but towards the humanity.

No doubt, undertaking such a task would require significant efforts and resources. However, the first step in this direction would be to present the most authentic ‘Islamic/Prophetic traditions’ in a refined form (distinguishing them from the medieval medicine) that is understandable to theMedical community. It was the latter purpose that inspired the writing of ‘Rasoolullah ka Tarz-i-Ilaj’ (‘Messenger of Allah’s way of curing’; peace be upon him).The author of this book, Dr Mufti Muhammad Wasie Butt is a qualified Islamic scholar, having studied from renowned institutions like Darul-Uloom Karachi and Jamia Uloom-ul-Islamiya. Besides, he holds a PhD from the Karachi University on Islamic Banking. Since some years, he has also been doing research on Islamic Medicine through the platforms such as Islamic Medical Learners Association (IMLA; Pakistan) and Al-Balagh Academy (UK).

Although some of its recommendations (eg Hijamah) have gained observable popularity, the mainstream medical community is largely disengaged

The Islamic Medicine is mainly found in the ‘Hadith’ (Prophetic traditions/narrations), which is a primary source of Islamic teachings (after the Holy Qur’an). In the genre of Hadith, Imam Muhammad bin Ismail al-Bukhari’s (d c.870 C.E.) ‘al-Sahih’ (‘the authentic’) is considered to be the most authentic. Hence, Dr. Wasie has based his book on Sahihal-Bukhari’s ‘Kitab al Tibb’ (Book of Medicine). He begins by briefly introducing Imam al-Bukhari and his ‘Sahih’. Thereafter, he discusses Prophetic Medicine from a theological point of view, arguing against scholars like Ibn Khaldun (d c.1406 C.E.) who claimed that the Islamic Medicine was relevant to Prophet’s era only; Dr. Wasie argues that the relevance of Islamic Medicine is everlasting. However, he cautions that the Islamic Medicine should be applied under the supervision of health experts. After these basic discussions, he starts with the Urdu translation of the aforementioned ‘Kitab al Tibb’, while expounding the meaning of the traditions in the format of a classical commentary (called Sharh).Therein, he cites some modern medical concepts and studies to throw a contemporary perspective. Simultaneously, he also addresses certain modern medical issues related to Islamic jurisprudence e.g. whether the use of alcohol in medications is permissible.

While the style of a traditional commentary (Sharh) could be appealing for the Islamic scholars, it’s not a familiar prose for the Medical community. Another barrier for the Medical community could be the medium of Urdu language, since the Medical education in our system is mostly in English. Perhaps an English adaptation of the work, rewritten in a modern format, would better suit the purpose of addressing a wider Medical and modern educated community.

Since Dr. Wasie is not a Medical graduate himself, he sought the guidance of Medical Doctors during the preparation of this book, two of whom have written prefaces to it. Medical experts from Peshawar Medical College approved the publication of this book through an organization affiliated to the college, the Prime Foundation. From an Islamic viewpoint, despite being an Islamic scholar himself, Dr. Wasie got the book reviewed by other Islamic scholars. His teacher, Mufti Muhammad Taqi Usmani, also wrote words of appreciation for it. Having been commended by many Islamic scholars and Medical experts, the book has gained much credibility.

Thus the book must be applauded for setting a new standard in the field of Islamic Medicine and those who wish to acquaint themselves with the Islamic Medicine should definitely go through it. Of course, nothing is perfect or beyond criticism in the field of academia and bringing its topics under academic discussions is in fact one of the aims of this book. Thus, I hope, this book will also inspire research and further contributions on the subject!

The writer is a doctor and a columnist. He can be reached at drsyedtalha.pk@gmail.com and Tweets at @DrSyedtalhashah